A Trio of Penfolds

The surname Penfold has been synonymous with Campbelltown for many years. Father and son Max and Robert Penfold left a significant mark on the town as did another Penfold, not related, but associated with the famous Penfold wines. 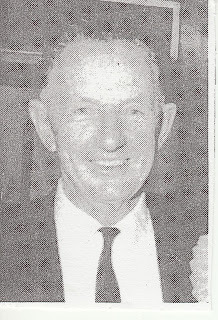 
Max Penfold first became a court officer on May 22, 1928 beginning his career at Leeton and, for a period of 21 years, literally went everywhere in the state on court work. On September 26, 1949, he became Clerk of Petty Sessions at both Camden and Campbelltown. He remained at Campbelltown until 1965 when he accepted a promotion to the court relieving staff. He received further promotions on the court relieving staff in New South Wales until his death, although his home was always in Campbelltown.

Max was greatly loved and respected. He was affectionately described as someone who never had to give an order because those below him had so much respect for him and automatically headed his wishes. Top people in the legal profession also respected his opinion. Norm Campbell tells the story about him being at the Sydney Cricket Ground during a cricket test and one of the Supreme Court judges said "Oh there's Max over there, I must go and talk to him". They would go to him- Max didn't go and talk to them.

Max was good at solving people's problems. His inquisitive nature was probably the reason behind this. He wanted to know exactly what was going on so he could deal with it. At first people thought he was nosey until they realized he had helped with their problem. He was also a bit of a character. Norm described the day a fire siren went off in court and Norm, being a fireman got up. He said before you approach the bench I want to say something: "If any member of the jury wanted to attend I will excuse them, but there is a catch. What you have got to do is report to Mr Campbell that you have attended. Now if you don't and he comes in tomorrow and tells me that you didn't attend, then I will deal with you." With all that the jury got up and left and there were people coming up to Norm saying you'll tell the judge won't you?

Max died on November 1, 1972. He lived in Broughton Street, Campbelltown. 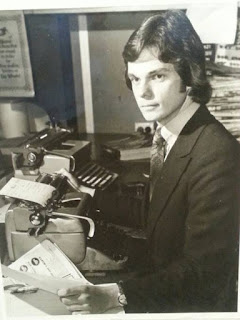 A young Robert Penfold working as a reporter for the Campbelltown Ingleburn News
Max's son Robert Penfold would be known to many as a reporter on Channel Nine. Robert left school and started working as an assistant pay master at Campbelltown Council, a role he says left him "bored out of his mind". He then got a job with the Campbelltown Ingleburn News newspaper as a cadet journalistat age 21. "It took a friend of mine to tell me that I was a journalist". On his first day he was called to a bloody accident on Appin Road. It was a real baptism of fire but Robert made such an impression with everyone that day. In 1976 he joined Channel Nine and has since gone on to lead a distinguished career. He has covered some of the great stories of the last 40 years and earned multiple distinctions. 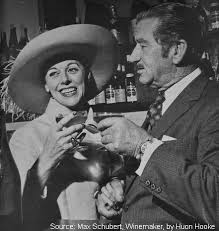 Gladys was a domineering woman who kept tight hold of the family purse-strings. She dressed in beautifully tailored suits, often with initialed brass buttons.

Following Frank's death, she inherited his majority shareholding in Penfolds and was chairman of the board. Her later years were spent at Chateau Blanc, her farm near Ingleburn. The beautiful French provincial-style home was the setting for her magnificent private collection of art treasures and antiques. The home had a wonderful courtyard and was framed by black iron gates, flanked on either side by two antique lamps. The house had a view from one of the highest points of the area, with colourful gardens. Gladys would sometimes hold special lunches their with the very best champagne cocktails. She died there on July 11, 1974 and was buried in the church of England Cemetery, Denham Court. 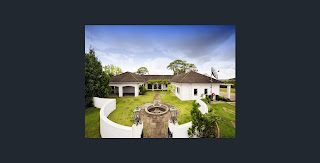