Here are some more then and now photographs, back due to popular demand! 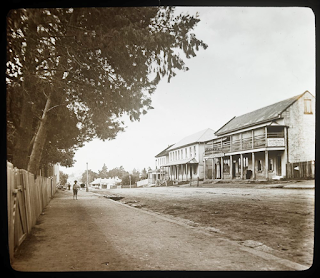 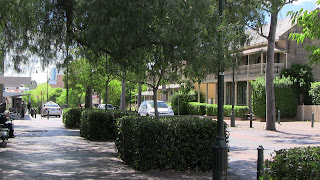 Photograph Above: Queen Street in the 1880s showing three of the colonial terraces at the southern end of the street

Photograph Below: From the same spot in 2016. Trees now dominate the scene and the dirt street is no longer. The colonial terraces thankfully remain. 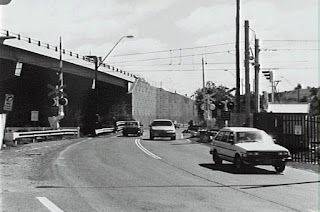 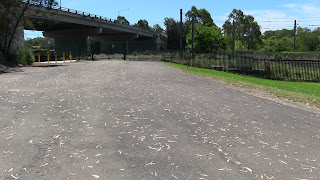 Photograph Above: The level crossing on Camden Road in 1996. This was taken just before the overhead bridge on Narellan Road became operational.

Photograph Below: Taken in 2016, the road now stops at the railway tracks and traffic no longer moves on this road. 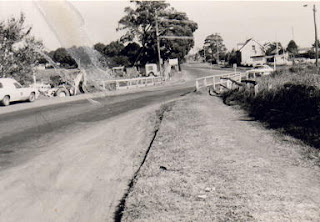 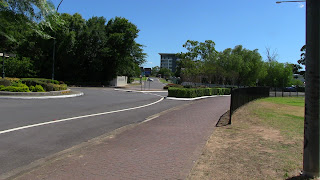 Photograph Above: This photo shows the Fisher's Ghost Bridge in 1970

Photograph Below: The old bridge has long gone, Emily Cottage is now obscured by trees and Rydge's Hotel can be seen in the background. 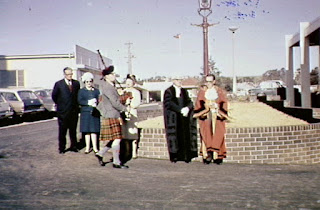 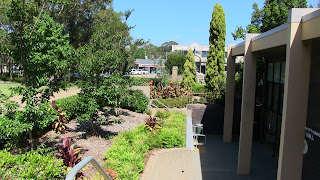 Photograph Above: HJ Daley and Mayor Clive Tregear at the receiving of the lamp standard from the Council of the Municipality in Campbeltown, Scotland to Campbelltown City Council in 1966.

Photograph Below: A scene in 2016 that has changed so much and difficult to reconstruct. Note the posts on the side of the building that help line it up as close as we can get.