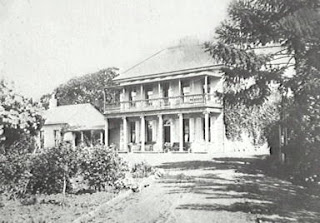 Eschol Park House has a long and colourful history. From vineyards to ghosts to lost Nazi gold bullion, the place has long been a source of fascination. It was built on a grant acquired by Mark Millington in 1816. A small cottage was originally built on the site and can still be seen from the Queen Victoria Ballroom in the main house. The main house was built about 1820 by Thomas Clarkson and then changed ownership regularly throughout its history. The house is a mixture of styles and was added to, in stages. It was built using the ashlar method which is apparent on other houses built by Thomas Clarkson.

A flourishing vineyard was established on the property in the 1850s when William Fowler took over the large landholding.  He called it Eschol Park from the biblical reference to the 'promised lands of Eschol', a place of vineyards. Fowler built the two storey cellar into the hillside south of the house which still stands. He won numerous prizes for his wine.

Tragedy struck the Fowlers one night in the mid 1800s. Young Amelia Fowler, the granddaughter of William, was waiting for her boyfriend to come and get her in a horse drawn carriage to take them to a ball. In her haste she ran down the stairs, catching her foot in the hoops of her dress and fell down the steps, breaking her neck. It is Amelia's ghost that is said to haunt the building. A direct descendant of the Fowler family was attending a family gathering one night. Members of the family were waiting for her to come down the stairs at the end of the evening. However at the top of the stairs she froze to the spot and went into a dazed state. She said later she had gone through an instantaneous regression to the day of her forebearer's death, and could see the footman waiting at the bottom of the stairs to carry her to the carriage.

In 1876 William Fowler sold all of his land to Spencer Milgate. Milgate sold the property two years later to a Dutch photographer who lived there until the end of the century. The property's vineyards were wiped out in the 1890s with the coming of the phylloxera disease. The surrounding land remained as rural hills for many years until the mid 1970s when the suburb of Eschol Park was developed.

During the Second World War, the estate was used as a detention camp to house German Embassy staff. A fortune in Nazi gold bullion was believed to have been buried in the grounds of the property by the embassy staff.  Despite every square metre of the property being turned over, including the immediate grounds and the internal walls, no trace of the bullion has ever surfaced. Perhaps someone will dig it up from a backyard in the neighboring suburbs one day.

In 1991 a Croatian family named Masina purchased Eschol Park House and turned it into a fine wedding reception venue. Historically friendly additions were made to the property. The building, surrounds and driveway have been classified by the National Trust. 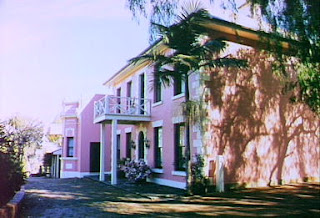