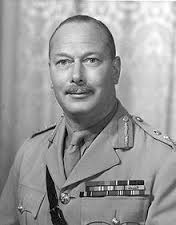 Today a visit from a member of the royal family generates much excitement, however in the 1930s  such a visit would send the town into a state of delirium. This was the case in 1934 when the Duke of Gloucester visited the small community of Campbelltown.

The Campbelltown-Ingleburn News naturally gave front page to the Duke's visit. It described how at 10.30pm on November 26, 1934 the anticipation of the crowd was rewarded when the Royal train came to a standstill at the station platform. The main door to the station platform was at the time closed, but immediately the train had stopped the doors were opened, and very quickly the platform was thronged with people, who cheered and cheered. It was when His Royal Highness came out of his private carriage and stood on the platform that the huge crowd gave their loudest cheers. He was described as wearing a dinner suit and smoking a cigarette. The Duke smilingly acknowledged the crowd by raising his right hand.

The Royal train stayed for 70 minutes while the Duke and his staff ate supper in the dining car. Although in a siding away from the main platform, the locals looked for the best views of the Duke devouring his supper.

At 11.40pm the train left the station bound for Sydney and the crowd went home. They could now claim they saw royalty that night at Campbelltown station.

Prince Henry, the Duke of Gloucester was the younger brother of Edward VIII and George VI. The major purpose of his 1934 tour was to participate in the centenary celebrations of the state of Victoria.