My colleague at the library recently discovered a number of historic photographs of Campbelltown held in the records of the State Library of Victoria. These photographs are unfamiliar to myself and other active historians in the town. They're of a high quality and provide a fascinating insight into our town's past.

I've included 5 from the list that are all out of copyright and therefore able to be copied at a high resolution. We are in the process of purchasing the remaining photographs from the State Library of Victoria and I will show them when ready. I hope you enjoy looking at the photographs below as much as I have. 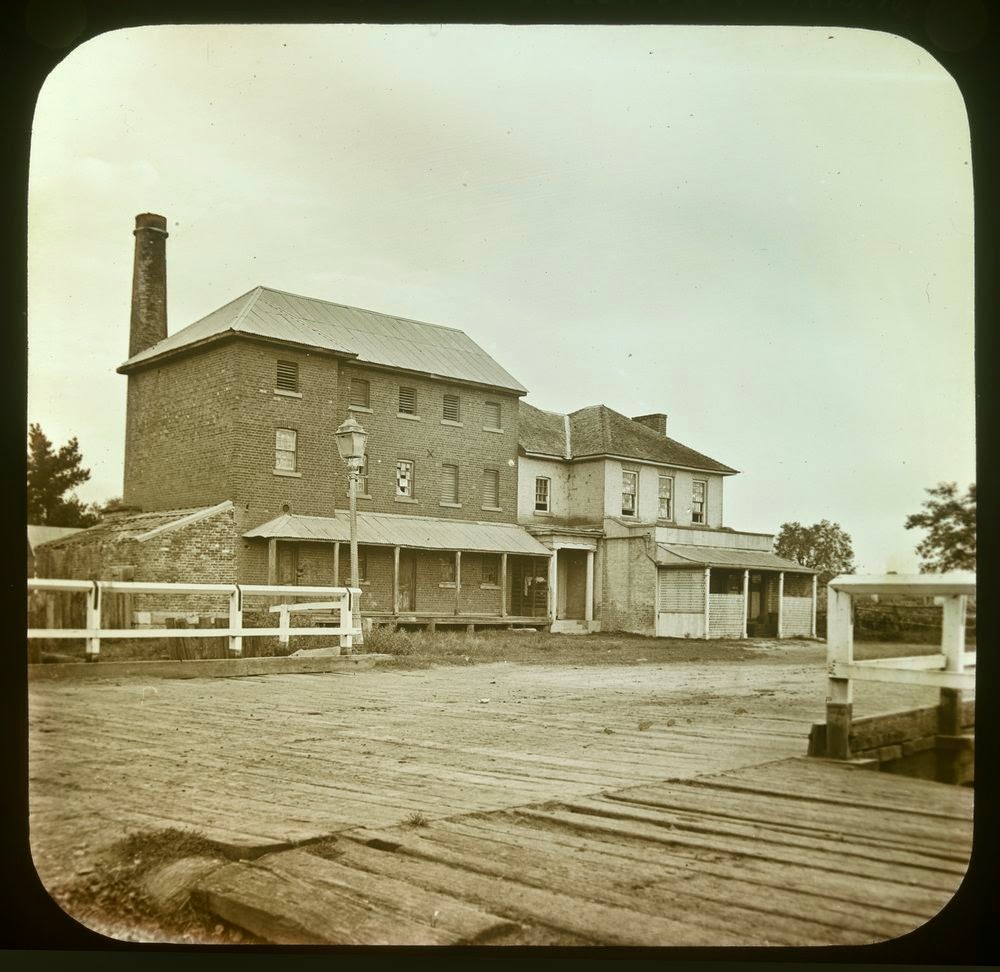 This photograph shows Kendall's Mill later to become Bocking's Mill. The building on the right is all that remains today and is known as the old Fisher's Ghost Restaurant. Note the bridge in the foreground over a creek that no longer exists. The image is undated. 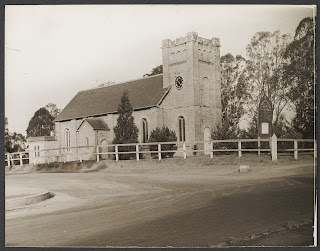 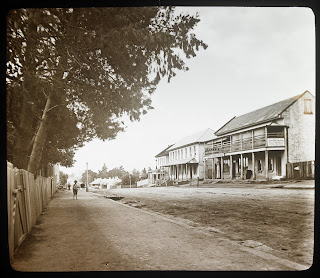 A wonderful and previously unseen photograph of the colonial houses in Queen Street opposite today's Campbelltown Mall. From the evidence available the photograph can be dated to about 1884-1886. 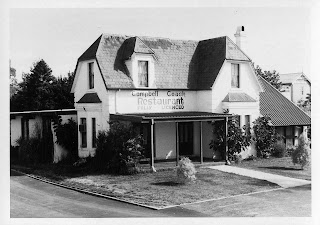 Today's Golden Wheel Chinese Restaurant in Queen Street which was previously the Campbell Coach Restaurant and before that the Congregational Manse. 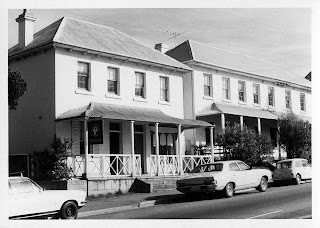 This photograph was taken in the 1970s and is one of the colonial terraces in Queen Street mentioned above.
Posted by Andrew Allen at 16:27