In the Name of Progress

Those locals old enough would remember Oxley Street before the bypass went through in the early 1980s. The street was lined with houses instead of the car parks that dominate on the western side of the bypass today. Two such delightful cottages were "Tripps Cottage" on the corner of Oxley and Dumaresq Streets and Mrs Chinnocks' next door in Oxley Street. Both fell victim to the construction of the Moore Oxley Bypass. Luckily, photographs were taken before they were demolished to keep memories of them and their owners alive. 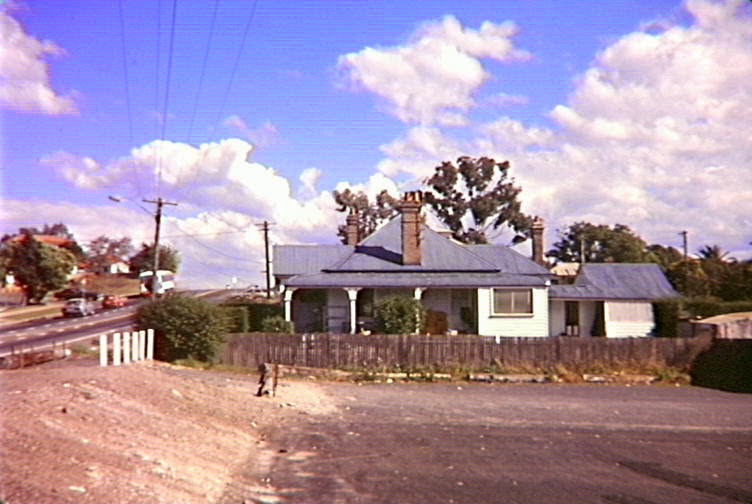 When I came across the photograph above I couldn't get over how much this scene has changed. Replacing this quaint little cottage with its picket fence, shrubs and verandah is an ugly car park. The cottage was removed to make way for the bypass. This photograph is looking south towards Bradbury Avenue.

The cottage belonged to Miss Hannah Chinnocks. She was from accounts a remarkable woman. Born in Queen Street in 1880, she was a cleaner and teacher at Campbelltown Public School from the age of 14 until in her seventies. Her standards were very high with rooms and furniture kept spotless. Pens and pencils found on the floor were invariably swept into the garbage bin, where their owners would find them if they wished. Teachers were also expected to be tidy as nobody wished to be assessed lowly on the Chinnocks tidiness scale. Even the headmaster felt pressured to live up to her expectations.

She was regarded as one of the most effective teachers on staff. Hannah Chinnocks died in Campbelltown in 1957 aged 77. She was the daughter of another well known Campbelltown character and shop owner George Chinnocks. 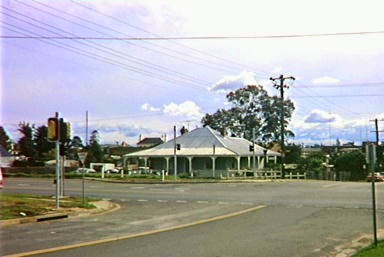 The photograph above is of "Tripp's Cottage" on the corner of Oxley and Dumaresq Street and next door to Hannah Chinnocks' cottage. The house belonged to Vincent Tripp and later to his brother Charles. Vincent was born in 1899. He at first drove hire buggies for his father Charles and from 1910 conducted a mail delivery to Wedderburn. He then operated a produce store in Queen Street in the 1920s. He was a thin man with restless energy and the eternal fidgets. An avid bowler, he even had a strip of lawn prepared in his backyard to practise bowls.

Vincent's brother Charles Tripp, was known as Lizard. Locals remember him sitting on the toilet with the door slightly open where he would watch people come and go. Occasionally he would yell out to them as they passed. "Tripps Cottage" was demolished in 1982.