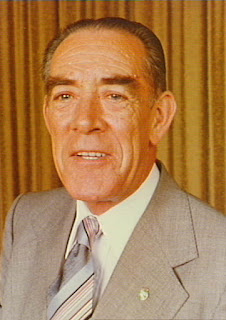 Few public figures have left their mark on Campbelltown like Clive Tregear. As Mayor from 1964 to 1972, Clive became one of the most respected figures in Macarthur politics and would not retire from council until 1980. He was involved in a huge range of community, health and planning bodies. He was devoted to the job and devoted to his beloved Campbelltown.

Clive Tregear was born at Wagga Wagga in 1918. During World War Two he served at Darwin during the attacks there, before being transferred to Ingleburn Army Camp's convalescent depot for medical reasons. He married an Ingleburn girl named Genevieve Kayless.

Clive began his service to council in 1956. Jeff McGill wrote that "he was viewed by many as little more than a left-wing ratbag when he was first elected as an alderman to Campbelltown Council." It didn't take long however for people to start respecting him. Through the early stages of Campbelltown's development, Clive's qualities of leadership were recognised by his fellow alderman who returned him as Mayor for eight successive years from 1964 to 1972. He was enlisted by the ALP and joined Alderman Frank Ward under the Labor Party banner.

Clive wasn't afraid to stand up for what he believed in. This would sometimes get him offside with developers, local press and some of his colleagues. It was his staunch opposition to rate rises however, that kept him onside with the public.

He was also, in some ways, a man ahead of his time. An example of this was how he saved the magnificent colonial terraces at the southern end of Queen Street from being demolished. This action wasn't popular with everyone at the time, but today his stance is looked on with admiration and relief. 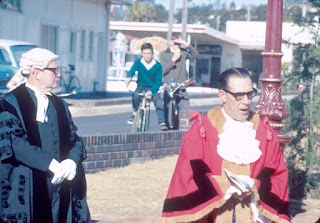 One of his other qualities was his public speaking prowess. His words were constantly sought at everything from civic events to local school fetes. Some recordings of his voice are kept at the library and from listening to these it is obvious what a great orator he was.

Clive wasn't always in control of things though. One day his dentist, Peter Benson, put him under hypnosis to attempt to ease his pain. Peter told Clive that he Captain Scott down in the Antarctic. Clive immediately went blue with cold and began to shiver uncontrollably. When his dog walked past he told him to get that husky out of here!

Some of his other notable achievements included the opening of the new and prestigious housing development of Sherwood Hills (now Bradbury), construction of a new swimming pool and the opening of a new library service. However, it was the declaration of Campbelltown as a city that was probably the biggest highlight of his term in office. This was celebrated on May 4 1968 and saw Clive at his best, making a number of speeches and decked out in his finest mayoral robes. Two years later he was prominent again when Campbelltown celebrated the Bicentenary of Captain Cook's discovery. A highlight was the opening of Glenalvon in Lithgow Street as a museum.

It came as a huge shock when Alderman Tregear lost the 1972 ballot to Cec Mulholland. Clive served as an alderman for the following eight years. In 1977 he was awarded the MBE for his outstanding record in public affairs. It was a sad day when Clive announced his retirement from local government in 1980.

Clive Tregear passed away on 5 August 2001 at his home in Ingleburn. His wife Genevieve died in 1996. 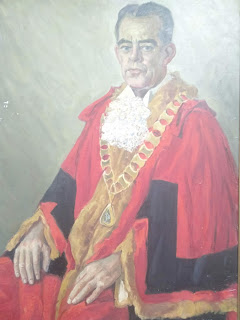