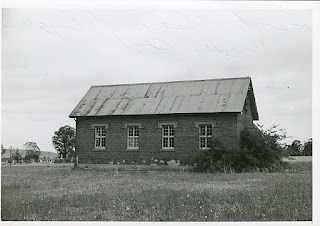 It stood on its own in a paddock for 135 years. Then, one day in 1973 this notable landmark fell victim to progress, after resisting demolition for many years. St Peter's Church Schoolhouse was demolished to make way for the construction of Moore-Oxley Bypass.

Tenders were called for the erection of the Church of England Schoolhouse in 1837 with the building completed the following year. It replaced and stood next to where an earlier school was built in 1823 and conducted by Thomas Robinson, who also taught in the new building, until 1839. 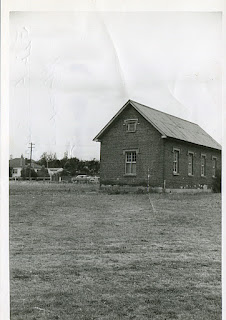 The building was regular tuck-pointed red brick with four windows along each side, small paned, in four sections, with a stone lintel and sill. Inside was a large stage that was used for many different performances and over many years. The schoolhouse had an outside toilet nearby, that undoubtedly created trepidation on a dark moonless night as approached. 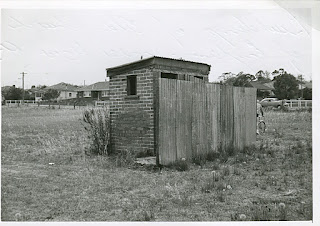 Besides a schoolhouse, the building was also used for corrective purposes with magistrates regularly meeting to dispense justice. In later years it was used as a parish hall and in the 1950s as a pre-school run by Mrs King. Scouts also used the school and paddock for activities in the 1960s.

The location of the schoolhouse was Moore Street between Reddall and Cordeaux Street in Campbelltown. Today the south-bound side of Moore-Oxley Bypass would run straight over the site. Sandstone bricks from the school were used in a feature wall in the nearby new rectory. 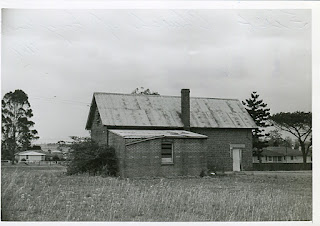 (All photographs are from the Bagley Collection, Campbelltown and Airds Historical Society Collection)