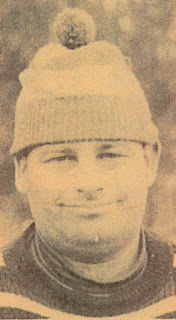 Campbelltown lost one of its most lovable characters and fund raisers on October 16, 2009. John Scattergood was the council gardener at Mawson Park and had lived and worked in Campbelltown for 62 years. It was his fundraising efforts through collecting aluminium cans for recycling that one him the most praise.

John was born into a family that has a long association with Campbelltown. The Scattergoods came from Warwickshire in England before moving to Australia and settling in the Campbelltown area. They had a farm at South Campbelltown, where Wedderburn Road intersects with Rangers Road. John's father Walter, affectionately known as Wally, was the son of Charles and Mabel Scattergood. Wally had a sister Irene who was tragically killed when a train struck her in 1925.

John's collecting of cans and bottles originated around 1971, after Wally was admitted to Camden Hospital. To show the gratitude for the care shown to Wally, the father and son combination began to fund raise by collecting recyclables. They would push a wheelbarrow for miles around suburban streets, ignoring the stares of passers-by while rummaging through garbage bins. It resulted in $370 donated to the hospital- a large sum in 1971. In a letter to the hospital Wally wrote "About six years ago, your nurses saved my life. So, now I am remembering you all. My son John and I raised this money by collecting beer bottles and aluminium cans. Hoping you make use of it. Please let me know if you get the money safe."

John's collecting didn't end there. He continued to collect mostly cans but some bottles for the rest of his life. Many local organisations benefited, such as the Salvation Army, scouting groups and the bushfire brigade. In 1977 he received the Australia Day citizen of the year award. He received the Jubilee Award in 2006.

Perhaps local businessman and identity Ronald McDonald summed him up best after John's untimely death from cancer: "Whether it was the heat of summer or the cold of winter, you could see him with his barrow. He lived on his own and had an Australian flag above his house. The house was coloured green and gold. He was a true Australian." 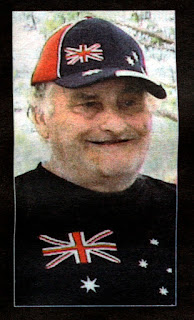