Further to the previous blog “The Clayton Sisters”, more information has come to light about this endearing pair.
Miss Margaret Jane Clayton was born in 1851 at Gunning, and her sister Miss Ultima Clayton in 1853, (also probably at Gunning), New South Wales. They were the youngest daughters of Dr Benjamin Clayton and Frances Broughton, and the grand-daughters of Commissary General William Broughton, First Fleeter and one time governor of Tasmania, who had a grant of a thousand acres at Appin.
Their father, Dr Benjamin Clayton, was for many years the only doctor between Yass and Goulburn. He had built a beautiful two storey home in Gunning, which he named “Baltinglass” after the town he came from in Ireland.  He established flocks and herds, experimented in grape growing and wine making, kept bees, and bred racehorses.  In 1853 he suddenly decided to leave Gunning, and it was sold for 5,500 pounds. He purchased a farm at Appin called “Rockwood” near William Broughton’s property. Sadly, Dr Clayton died in 1854. The girls and other members of the family went to live permanently at Appin. Frances was now a wealthy widow, and lived until the age of 79.
It is here the trail runs cold, but we pick the sisters’ story up again at the end of the World War I.
It is reported that they traveled the world for two years, and on their return, engaged a suite of private rooms at the Campbelltown Club Hotel. The Electoral Roll describes them as being of “independent means”.  The sisters were known for their kindness and generosity, giving charitable assistance to anyone that might need it. They quietly went about making contributions and giving monetary assistance to friends and relatives, assisting those in need. They actively sought out people needing help. They were true philanthropists.
They lived at the hotel until Margaret died in 1932 in Milby Hospital. Ultima then moved to Minto to her brother Bland’s residence - “Weerona”. After Bland passed away in February of 1936, Ultima collapsed with grief, and passed away shortly after. Both sisters were laid to rest in St Peter’s Church. 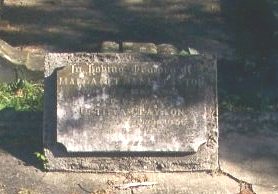