If you’ve ever been to the Australian War Memorial in Canberra you’ve probably noticed this gun on display (see below). 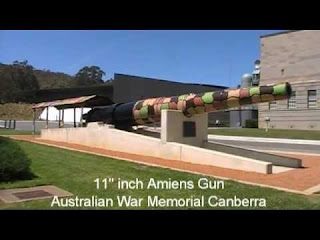 This is the same gun that caused great excitement in Campbelltown when it stopped at the train station on its way to Canberra in May 1923. No doubt the heading on the front page of the Campbelltown News which read ‘The Big Gun’ caught the town’s attention. We know this because the following edition described how “the platform was besieged with children, and a goodly number of adults.” It was at 7.50am on a Wednesday, so the children were on their way to school. 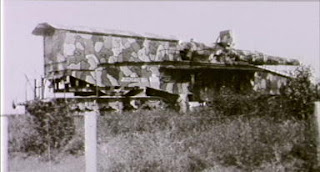 The 'Amiens Gun' (William Bayley Collection)
This German railway gun, often referred to as the ‘Amiens Gun’, was captured at Guillecourt on August 9, 1918 as a war trophy by Australian Engineers, the day following the battle of Villiers Brettoneaux. It was transported to Australia and was exhibited at Central Railway Station until it was moved to the Australian War Memorial in Canberra. The Amiens gun barrel weighs 45 tons. It was originally a German naval gun, until it was modified to be used as a railway gun during the war. The gun’s carriage was eventually destroyed however the barrel remains intact.


The gun stopped at Campbelltown station for inspection for only 10 minutes. 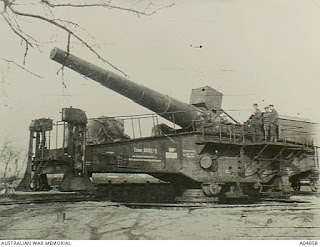