There was an old mayor who swallowed a fly... 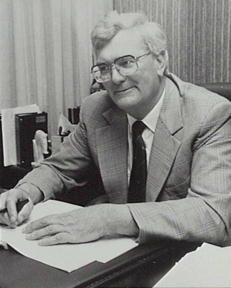 Gordon Fetterplace served three terms as mayor of Campbelltown for a total of seven and a half years. His first term began in 1976 and his last year was in 1992. One of his favourite phrases according to local author and editor Jeff McGill was "good for the town". He always backed anything that would help Campbelltown. He was very popular with voters with his man-on-the-street personality.

In 1985 he was in to his second term as mayor. One day that year he arrived at Hurlstone Agricultural High School for speech day and was walking towards the stage as part of the official party when he accidently swallowed a fly. "Everyone was in academic robes, and everything was very proper, with me walking down in my mayoral robes as the kids got up to sing the national anthem" he said. "Somehow the fly got into my mouth and I just swallowed. But maintaining the dignity of the occasion, I just had to keep on walking and just let him flutter all the way down...it was the most nauseating-and embarrassing-experience of my life. I survived, but I don't know about the fly."