Sydney in the 1930s was a busy time for criminals and gangsters. It was in the height of the depression that the razor gangs operated throughout the city, especially in the east around suburbs like Darlinghurst and Surry Hills. Names like Tilly Devine, Kate Leigh and Frank "The Little Gunman" Green were commonly found in the newspapers.

Sometimes things became too hot for these high profile gangsters. During these times they would use small houses set up in Long Point bushland as hiding places from the law. Long Point is now a tiny suburb in Campbelltown near Ingleburn and Macquarie Fields.

Many of the early residents of Long Point were also families left homeless by the Great Depression who built little shanties in the bushland. Here they could live by catching fish in the river or rabbits in the scrub. Despite the growing population of Long Point and nearby Macquarie Fields, the Department of Education wouldn't establish a school because there was no permanent population: families had only taken refuge in the area until work was available elsewhere. 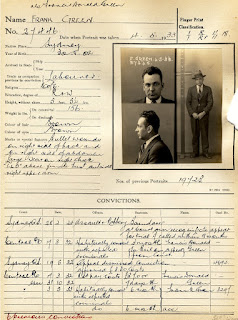 McGill, Jeff et al 1995
Campbelltown's Street and Suburbs: how and why they got their names
Campbelltown: Campbelltown and Airds Historical Society