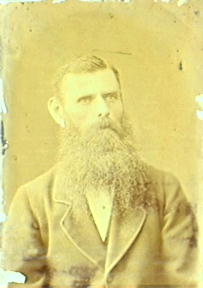 It was commonplace for newspapers in the nineteenth century and well into the next to give the deceased a highly complimentary obituary. Although the obituary for Thomas Jenner Winton is lost to history (no copies of the Campbelltown Herald for 1887 survive), existing documents and oral tradition provide adequate proof that this man's character was exceptional.

Thomas Jenner Winton, often referred to as TJ, was born at 'Sugarloaf', Menangle in 1846 to William Winton and Mary Anna Larkin. His parents had migrated from England in 1840. The name Jenner was his grandmother's surname. Not much is known about Thomas's early life. We do know that he was educated  by a private tutor with his Uncle Edward Larkin at Windmill Hill, Appin. In 1868, Thomas married Helen Sophia Nicol at Campbelltown. 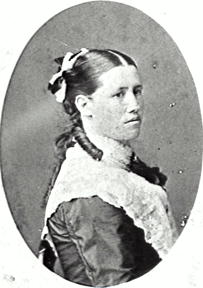 Thomas was bailiff at Campbelltown District Court for several years where he had a reputation as a kind-hearted man who frequently paid the small debts of locals rather than see their homes repossessed.

He was chosen from two applicants for the position of first Town Clerk of Campbelltown in 1882. His friendly advice and opinions and his ability to perform unpleasant tasks in a kindly manner assisted the town through its transition to modern government and won him high praise from the community.

When Thomas died unexpectedly in 1887 Campbelltown was shocked. News of his death sped rapidly around the town and work was 'almost entirely suspended'. His funeral was enormous. The procession to the Congregational cemetery was headed by members of the Oddfellows Lodge, followed by the mayor and aldermen and other dignitaries from the town. The rest of the town followed. James Bocking made the comment that 'A prince in Campbelltown has fallen today'. A marble memorial was erected by public transcription over his grave.

Thomas and his family lived at "Jennerville" in Dumaresq Street. When he died in 1887 he was living at 'Belmore Farm' at Campbelltown. Thomas and Sophia had eight children. 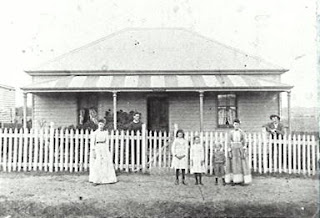