Aerial photographs are excellent for comparing the landscape of a location over periods of time. I thought I would show two more aerial photographs from Peter and Marie's collection. For more aerials of the area or any other historical images from Campbelltown's past, go to our Our Past in Pictures at http://pictures.campbelltown.nsw.gov.au/OPIP/scripts/home.asp 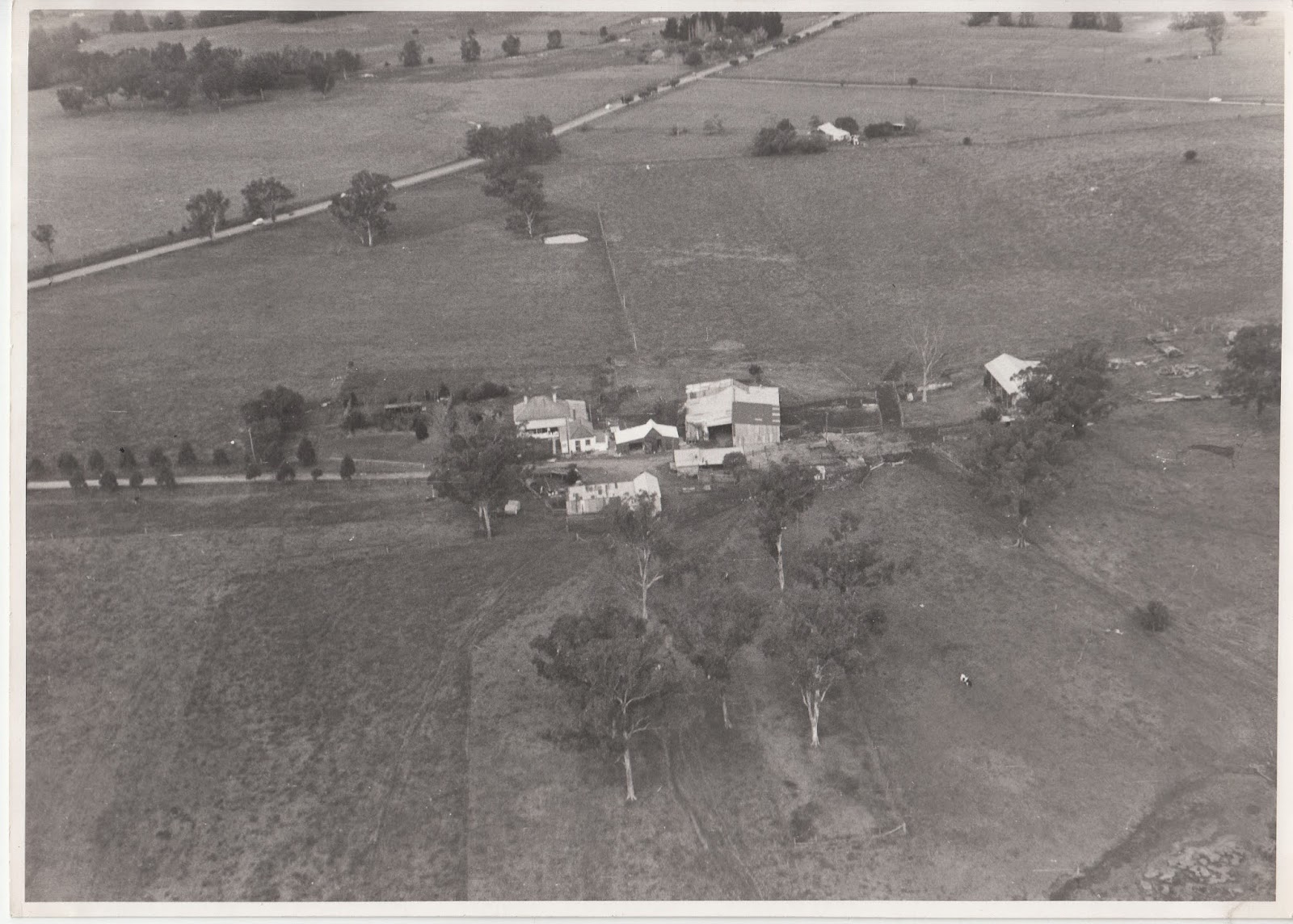 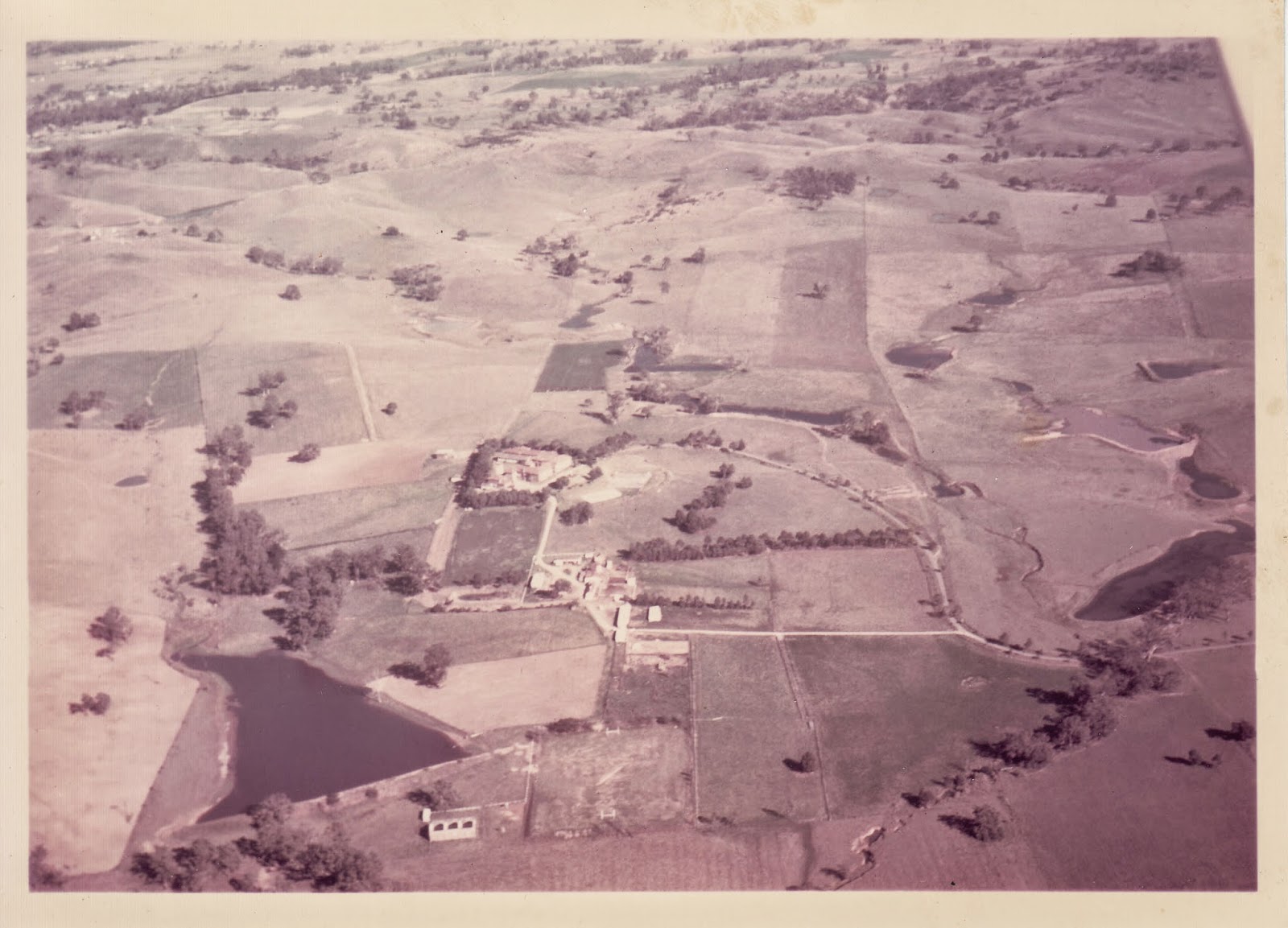 This image is of Mt St Joseph in today's suburb of Eagle Vale. This building is now Odyssey House in Moonstone Place. The main building is all that's left from the original farm and then monastery that can be seen in the photo. The buildings were demolished after the land was subdivided in the 1980s. The small unusual building in the foreground was a lacrosse court according to the Thomsons. The aerial shot was taken in April 1970. (Remember to click on images for a larger version).
Posted by Andrew Allen at 10:32