Today marks the 28th anniversary of the demolition of the old Royal Hotel at the corner of Railway and Hurley Streets. The hotel was demolished in the pre-dawn hours of Sunday morning July 6, 1986. Newspaper reports described how at 5.30am council workmen first set up safety barriers around the hotel. By 6am a massive Hitachi caterpillar-tracked back hoe commenced clawing the building down and by evening most of the remains had been removed from the site.

There was much controversy about the demolition of the hotel in the weeks and months leading up to the demolition. On one side there were those that were strongly opposed to the destruction of such a much loved historical building. On the other side however was Campbelltown Council who had exhausted all its options. Council needed to widen Hurley Street and unfortunately the Royal Hotel was in the way of this.

Interestingly, sandstone from the foundations was used on buildings such as the Campbelltown Library and the Bicentennial Art Gallery.

I thought I would show photographs from the library's collection of the hotel over time. They begin with the earliest known photograph when it was "Hodge's Royal Hotel" right up to its demolition in 1986. 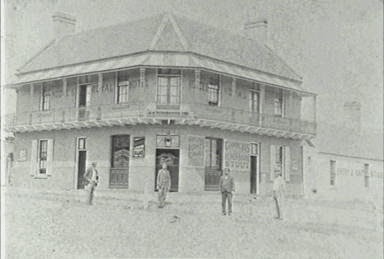 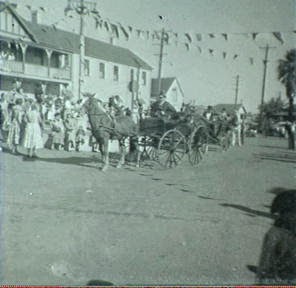 A procession outside the Royal Hotel in 1958 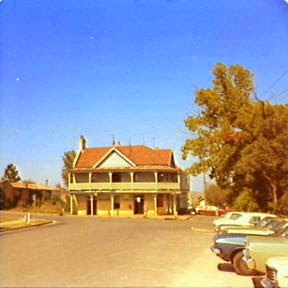 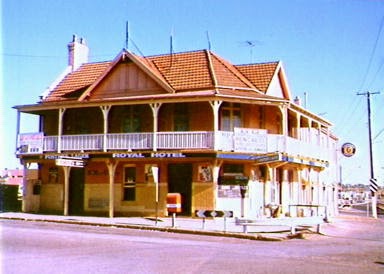 The Royal in 1986- the year it was demolished 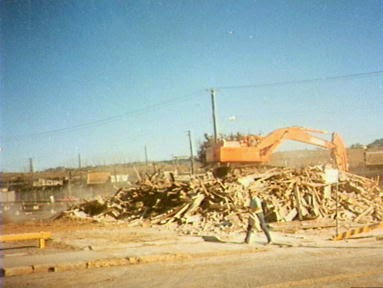