The time is July 1987, the place Blaxland Road and the Batmobile, the original vintage car from the 1960’s Batman TV show sits being serviced at a Campbelltown smash repairs shop.


Having been damaged in transit from Hollywood the car is due to tour the nation’s shopping centres but needs urgent attention to its interior, bodywork and electrical system.  Holy hub caps Batman! Who could carry out such work? Various businesses along Blaxland Road are called into service.
A ‘spokesman’ for one business said there was Twenty-five hours of work which needed doing in two.
Six metres long, weighing two tonnes and powered by a V8 engine there is no word about whether any work was done to the Bat-ram, Bat-ray or Bat-phone. 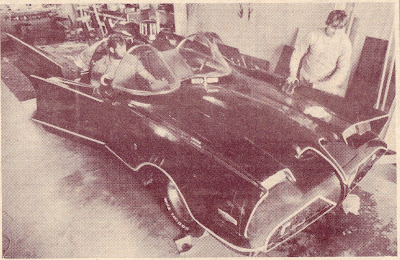