Friend of the Strays

There is a strong argument for Patrick "Paddy" Hunt as the most colourful character in Campbelltown's history. Over the years Paddy earned the title 'friend of the strays' and became a familiar figure as he searched for food to give the stray cats and dogs of Campbelltown. Locals always knew when he was around by the number of dogs gathered.

Dressed in a navy blue suit and hat Paddy walked Queen Street almost every evening regardless of the weather, searching the garbage cans for scraps to feed the strays. In 1970 the then Member for Campbelltown said "Paddy Hunt was Campbelltown's conscience with regard to the treatment of animals" and "Paddy would go without things himself so that he could have food for his animals."
On one occasion, Paddy was featured in a TV program for his kindness to stray animals.

Paddy Hunt was born in Leichhardt in 1897 and came to Campbelltown with his parents in 1930. He was described as a "natural hard-doer" and worked at odd jobs around the town, particularly gardening.

According to Paul O'Loughlan, Paddy was also a very keen racehorse follower. He would regularly describe an entire race from start to finish and this once included the 1940 Melbourne Cup won by a 100-1 outsider named Old Rowley. He backed it and won a fortune!

Paul also described how Paddy would retrieve half smoked cigarettes from rubbish bins and keep the unused tobacco. He would then add a liquid to it and add it to his tobacco supplies.

Paddy was knocked down by a car while attempting to cross Queen Street one night in 1978. He was searching for scraps to feed the animals at the time. He never fully recovered from this accident and died in hospital on January 7, 1979. During his time in hospital he requested that a bird bath be installed in Mawson Park. This wish was fulfilled and a memorial to Paddy next to the bird bath was erected early that year. 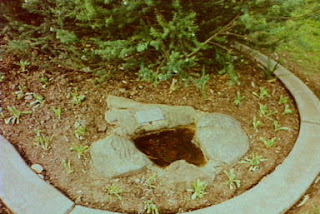 This is the Patrick "Paddy" Hunt Memorial Bird Bath in Mawson Park, Campbelltown