On a perfect Spring day in 1938 a crowd of about 900 gathered for the opening of the Beverley Park Home for Crippled Children. The mansion was generously given as a gift to the New South Wales Society for Crippled Children by Mr and Mrs Herbert Yates. He and his wife had built the house as a holiday place for their family. When their children grew up the couple decided to give the house and its 30 acres of land to the Society to be used as it saw fit.

Men and women gave an enormous amount of voluntary labour to organise and prepare the home. It was envisaged as a centre for the rehabilitation of crippled children undergoing treatment. It was to be a place of rest and holiday care supervised by a house-mother, Miss Woodhart. Locals rallied around the home and their activities in fund raising with various social events were always in the news.

By 1939, a total of 169 children enjoyed rest and holiday care at Beverley Park. A recreation wing was later opened in 1941. The house later became an orthopaedic hospital to provide accommodation to children with physical disabilities with specialist care of muscular dystrophy and spina bifida patients. In 1956 the Education Department set up a school in the grounds for those children who were now institutionalised and began providing long term care for residents with physical disabilities and high support needs.

In 1988, with the opening of 5 modern villas, Beverley Park changed from being a hospital to a residential service for up to 20 young adult residents with high support needs.Ten years later the house and land that were once part of the Beverley Park Hospital were sold to the NSW Government, who transferred the previous house, institution and then hospital into a school for children with special needs.

Many past residents have successfully transferred to independent living houses run by Northcott Disability Services and are living independently in the community. 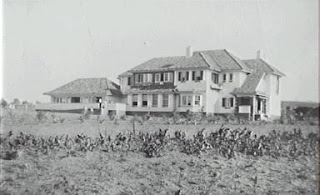