The First Man Hanged in Campbelltown 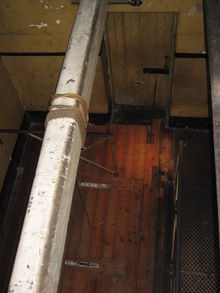 On the 7th of August, 1829 at Campbell Town Supreme Court, John Holmes was sentenced to death for maliciously setting fire to a barn of James Bean with intent to injure and defraud. The execution of Holmes on August 21 was the first public hanging in the Campbelltown area. In the early days of the township executions were mostly carried out in the area where Mawson Park is located and opposite the court house. In this case however the hanging occurred at the scene of the burning. This was at the farm belonging to James Bean at Menangle where gallows were specially erected.

According to the Sydney Gazette, Reverend John Therry communicated Holmes's confessions to the "numerous assemblage of persons who were collected to witness the execution." He told the crowd that the unfortunate culprit acknowledged his guilt, as well as the justice of his sentence; that he had commited many crimes, but sincerely hoped that God had forgiven him, as he freely forgave all those by whom he had ever been injured. Holmes than spoke and warned the crowd about them taking the same path of crime as himself. He then joined in prayer with great devotion, and in a few minutes the drop fell.

After the hanging, perhaps because it was the first in Campbelltown, the dead man's family were allowed to take the body away for private burial.