For years this charming two storey house dominated the landscape between Ingleburn and Macquarie Fields. Built in 1882 by hotelier David Warby, Milton Park changed ownership and uses many times during its history. Why it was named Milton Park is unknown.

At one stage it had a rooftop garden, tennis court, private golf course and an orchard all surrounded by superb gardens. A large verandah once surrounded the house but was pulled down after it was purchased in 1937 by Allan Newmarch.

The property was purchased by the McGarvie Smith Institute in 1952. One interesting use for the property was as a poultry farm and model stud that covered 44 acres. The farm had accommodation for 2000 birds, 1500 of which were white leghorns, some prize-winners at the Hawkesbury Agricultural College.

The property continued to be used as a research laboratory by the McGarvie Institute until 1972 when it was sold to Cantua Pty Ltd., who then sold it to Campbelltown City Council. A large sporting complex that now adjoins the old house site is called Milton Park. 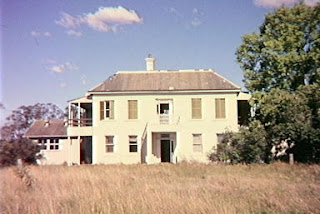