Often in my job I come across a sad story from Campbelltown's past. One such tragedy that struck a chord with me for some reason was the accidental death of 10-year old Janet Riley in 1956. I came across Janet's story when researching for a cemetery tour of St David's Presbyterian Church a few years ago. I didn't know a lot about what happened then however I have since discovered a few more details.

Janet Evelyn Riley was the only daughter of Claude and Gwen Riley and was born about 1945. Claude was born in Glasgow in Scotland in 1918 and came to Australia with his family at a young age. His father had a garage in Campbelltown at some stage. Claude joined the RAAF in World War II, working as an aircraft hand before being medically discharged in 1941. That same year he married Gwen Hayes from Oakbank at Minto and started work as a gardener at Kentlyn.

About a year after Janet was born, Claude's world fell apart when his beloved Gwen died of a bad asthma attack on 15 December 1946 aged only 28. He was suddenly left alone to raise his infant daughter Janet. They moved to a house at 49 Macquarie Avenue in the Soldier's Settlement while he continued to work as a gardener. Janet, popular with her classmates, attended Campbelltown Public School and became involved with Campbelltown Marching Girls.

One Sunday afternoon just after 1 o'clock tragedy struck. It was 4 March 1956, when a vehicle backing out of a garage from a house that the Riley's were visiting on the corner of Waminda Avenue and Broughton Street struck Janet. She later died of her injuries. The pain that Claude must have felt after losing another precious member of his family would have been unbearable. The accident devastated the small community.

Claude eventually found happiness when he married Dorothy Darling three years later and they continued to live at 49 Macquarie Avenue. He got a job working as a railway employee at Campbelltown Station where he worked for the rest of his working life. He had a serious bicycle accident at some stage. Claude lived with Dorothy at Macquarie Avenue until his death in January 1984.

The exact spot where Janet was struck that fateful day is not far from my house and is on the regular track that I run most days. The house has been demolished and is now a vacant block however the concrete driveway is still visible. I always think of Janet when I pass it and often wonder how her life would have turned out.

If there are any older readers who remember Claude or Janet or possibly have photographs of them, I would love to hear from you! 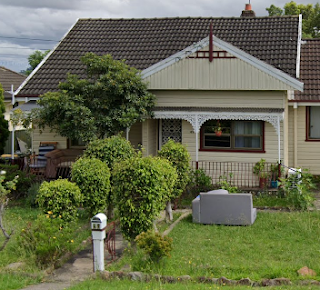 The house in Macquarie Avenue where Janet was living with her father at the time of the accident. 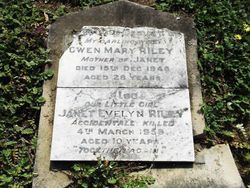 Janet and her mother's headstones in the Presbyterian Cemetery on the corner of Moore-Oxley Bypass and Broughton Street.

The spot where Janet tragically lost her life in 1956

Update: Thank you to Yvonne McMahon for sending this class photo of Janet. She is the girl in the white dress in the 2nd row and 6th from the left. 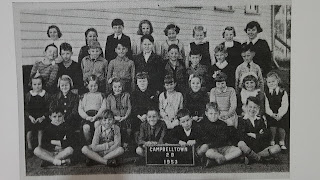