They were living on borrowed time. Standing in a prime location for 105 years, the CBC Bank stables defied the developers longer than expected. Progress eventually prevailed and this icon from a past age was no longer. Thankfully, it was photographed just days before the demolition.
The development application that sounded the death knell for the stables was submitted by the land owners Janango Pty Ltd. In August 1986, Janango submitted an application to erect a single storey commercial building. The stables had been identified and listed in the Campbelltown Council's Historical Register as having historical significance. They also had a Heritage Order placed on them along with the bank building. It could not save them. A council inspection noted the poor condition of the building and they recommended the stables be demolished. Their favourable location no doubt was also considered.
Attempts had been made in the lead up to their destruction to save the site. A proposal was put forward to have them as the centre-piece of a courtyard development. Its success would have meant a stay of execution for the iconic stables. Nothing came of this and the stables were demolished not long after they were last photographed in September 1986.
Do you remember the old CBC Bank stables? 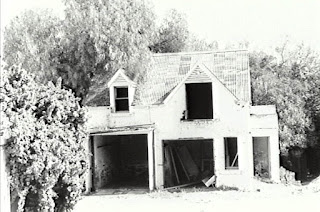 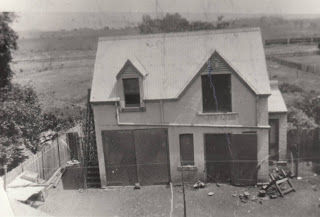