John Rankine Hadden was born on 14 March 1921, the son of David and Janet Hadden. The family lived in a cottage at 69 Dumaresque Street, Campbelltown where David worked as a carpenter. John, known throughout his life as Jack, attended Campbelltown Public School in nearby Lithgow Street. 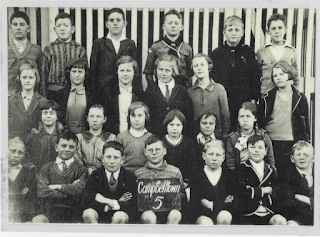 After school Jack was a member of the town’s 1st Campbelltown Troop Boy Scouts. 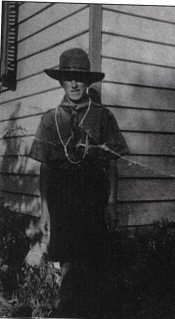 The Hadden’s lived close to the convict-built Cattle Tank and Reservoir between Dumaresque and Allman Streets. These water conservation structures provided water for the town’s population (including cattle), from their construction in 1840 to 1889 when water was sourced from a different supply. This proximity to the Cattle Tank led to one of the most profound experiences of Jack Hadden’s life. 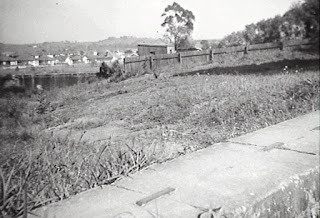 The Cattle Tank photographed in 1957. Jack would have raced down this track that lead to the tank. Note the water still visible. (Campbelltown City Library)

At 8am on 31 January 1935, tragedy struck the sleepy village of Campbelltown. The Sun newspaper printed the following article later that day:

Betty Humphries, 16, youngest daughter of Mrs Eva Humphries, fell into an old cattle tank dam at the rear of her home about 8am today, and was drowned. Jack Hadden, 13, who had just learned to swim, made a gallant, but unsuccessful, effort to save the drowning child. The body was eventually found in deep water by John Parker, son of Constable Parker. Attempts at resuscitation failed.

Further reports described how young Betty had been having mental issues at the time. The outpouring of grief in the town was immense and her funeral at St John's Catholic Church enormous. The girls of St Patrick's Convent formed a guard of Honour. 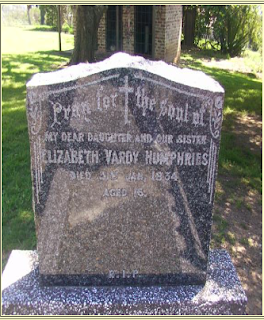 So what became of Jack after the tragedy? Not long after, Campbelltown Council made a request to the Royal Humane Society of NSW for Jack Hadden to receive a bravery award in recognition of his attempt to save Betty. The request was successful and Jack received a Certificate of Merit for his actions. Jack was further recognised in October that year when the Scout Association honoured him with a presentation and an award of a medal and a certificate for his conspicuous bravery.  The Town Hall was crammed with about 300 people who danced the night away and played in a euchre tournament. When Jack was lead through the hall, the crowd cheered and a Guard of Honour formed. Everyone that night was very proud of him.

In 1938, aged only 17, Jack signed up for the 1st NSW Royal Lancers. His gave his occupation as an "attendant". Then in 1940, now aged 19, he was transferred to the 2/2 Machine Gun Battalion and served as a Private. The battalion took part in the fighting in the Mediterranean theatre. Jack was discharged from the army in 1945.

The "attendant" that Jack recorded as his occupation when he signed up for the war was probably the same job he recorded after the war- a veterinary attendant.

On 10 September 1949, John Rankine Hadden married Madge Lyneham at Campbelltown. Madge came from Minto and their wedding was a small affair, with only their parents in attendance. The couple made their home at "Weona" in Kent Street, Minto.

Jack and Madge later moved to 31 Bradman Street, Merrylands and Jack now worked as a laboratory assistant. He was to hold the same job until his retirement many years later.

After Jack’s retirement, the Haddens moved to Kiama on the South Coast. Jack passed away on 28 January 1998 aged 76 years. Madge was still alive and living in Kiama in 2017. She was photographed attending an ANZAC Day ceremony in the town. It is unknown if she is still alive at the time of writing. 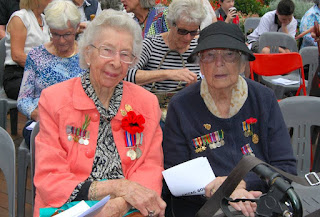 Madge Hadden is pictured on the right of this 2017 photograph on ANZAC Day at Kiama (Kiamaindependent.com.au)

In Grist Mills: Journal of the Campbelltown and Airds Historical Society