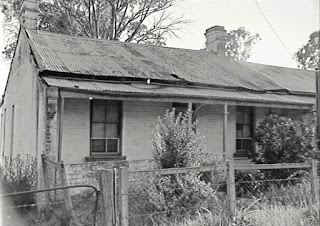 Cora Lynn once stood at the end of Douglas Boulevard in Ingleburn. The site is now part of Symonds Reserve. It was one of many lovely old houses sadly demolished in Ingleburn.

The building was originally a Cobb & Co Coach stop. It was built in 1890 by Thomas Townsend, after he purchased the block of land from the Redfern Estates. The house was made of brick and the roof was of galvanised iron painted in stripes. The house looked like it could have been transported straight from the suburb of Redfern, as it was similar to terrace houses of the inner city. It was like there was two semi-detached houses put together.

Thomas Townsend opened a general store and later also sold wine. In the middle of the shop was a trapdoor that lead to a type of cellar for the wine. He later bought the adjoining land and on this he established an orchard and vineyard.

At the end of the house was a big room that Townsend later added on. In an interview that Florence Allen gave in 1979, she described how the room was used as a dance hall. Because of this it was sometimes called The Club. As well as dances, the room was used for surprise parties and large gatherings of people. This was in the days that Robert Allen and his large family lived there.  When the property was sold in 1909, it was bought by Thomas Marks who sold it to Charles Symonds. It remained in the Symonds family until it was subdivided by Jack Symonds in the late 1970s. The house was still standing in 1979, although it had almost fallen down and was derelict. 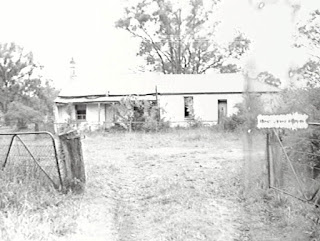