The recently named Eggleton Reserve in Englorie Park was named after a prominent Campbelltown family. David and Linda Eggleton have kindly given permission to use there notes from years of research into their family.

William Eggleton (alias ‘Bones’) born c.1756, was one of three known First-Fleet convicts awarded land grants in Campbelltown. Late of the parish of St Saviour, within the borough of Southwark, England, following an offence of stealing, he was sentenced to seven years transportation ‘beyond the seas’.

Transported on the ‘Alexander’, he arrived in Sydney on 26 January 1788. 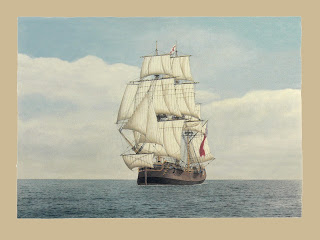 William married fellow First Fleeter, Mary Dickenson, who had been transported on ‘Lady Penrhyn’, on 17 February at St Philip’s Church of England at Sydney Cove and they had four children – Sarah, William (who died as an infant), William (2) and Elizabeth, who fell victim to Campbelltown’s notorious family mass-murder in 1849.

By 1790 the colony was desperately short of provisions and Governor Phillip decided to establish a new farming district at Prospect. He selected 26 of the most reliable convicts to begin a new endeavour and, as one of the chosen convicts, William Eggleton started farming his sixty acre property at the foot of Prospect Hill, on what is now Old Toongabbie Road, which he named ‘Eggleton’s Endeavour’.

In 1799 William was appointed by Governor John Hunter to check the quality and quantity of grain supplied to Government Stores in the Sydney and adjacent areas. Just prior to his appointment, Mary Eggleton died and was buried in the Old Sydney Burial Ground where Sydney Town Hall now stands.

By 1814 William was working on an additional sixty acres at Campbelltown (then known as Airds), which was granted to him in 1817, and was situated where this reserve now stands. William farmed this land with his son, William (2), with all of William (2)’s children being born on the property.

No official death record can be found for William Eggleton, although he is thought to have died between 1825 -1828, and is most likely buried on his Bargo property, which was granted in 1823.

Son, William (2) continued to live in Campbelltown for many years, with many of his descendants still living in Campbelltown today. Over two centuries after William and Mary Eggleton arrived on our shores, thousands of Eggleton descendants are now scattered across the length and breadth of Australia.

A significant event for modern day Campbelltown occurred on 16 February 1986 when thousands of descendants of William and Mary Eggleton gathered for the ‘Eggleton Muster’ organised by descendant, Shirley White at a nearby reserve. This gathering led to a proposal by Shirley White for a reserve to honour the Eggleton family’s First Fleet ancestors.

This present site, being situated in the centre of William Eggleton’s original land grant, was selected in 2014 as the most appropriate site to honour William Eggleton and his family. 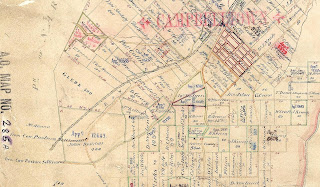