Did you know that charcoal was once used to run cars instead of petrol? During World War II, petrol rationing forced many people to find alternative methods of running vehicles. The rationing meant business people with trucks were particularly affected. Campbelltown did not escape this problem, so some Wedderburn orchardists set up a charcoal production business on the opposite side of the road from the school and across the creek. Four pits were dug in the bush. The pit method required a large pit to be dug in the ground and lined with bricks or sheet iron to prevent the charcoal becoming contaminated, and then a small amount of kindling wood was placed in the bottom for lighting purposes after the pit had been stacked with the timber to be carbonized.

The orchadists used hardwood from the Wedderburn bush for the pits. Once produced, the charcoal was stored and transported in disused grain stacks, with a sack of charcoal weighing about 18 kg. The charcoal was used by those who had fitted a charcoal gas producing unit to their vehicle. The charcoal was placed in a box at the rear which in turn produced gas power to the vehicle. Their are however many stories of poor performances using charcoal, particularly a loss of power.

Pits like these would have been used across Sydney, but most would have since been lost. The pits at Wedderburn still exist owing to their remote location and the stone lining which has helped to keep them from caving in. Only three of the four pits exist. 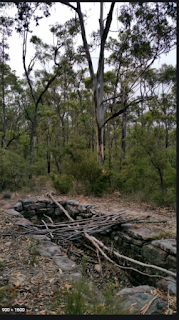 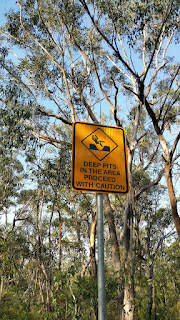 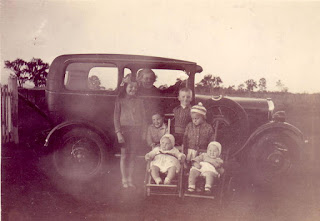 A Scapbook of History: Stories of the Macarthur District