On 17 August 1895, a banquet was held for John Kidd in the Town Hall at Campbelltown. Kidd, the owner of the Blair Athol property and prominent citizen, was a member of Sir George Dibbs' state government that had recently lost an election. Certain actions by Dibbs leading up to the election were seen as being too conservative and the reason why the election was lost. The banquet was a grand affair, with many dignitaries attending including the Mayor of Campbelltown.

Despite being a political and social success, it was not a success from a banquet point of view. And considering that food can make or break a night like this, the verdict was that it probably failed. The Camden News described it this way: "...the viands being wholly insufficient for the wants of the guests. One party of four, after vainly attempting to get something to eat, went to a neighbouring hotel and had supper on their own". One would assume the caterers got the sack!

John Kidd successfully became a Member of the Legislative Assembly of the NSW Parliament. He was elected to the seat of Nepean in 1880. When Dibbs' lost the election, Kidd retired from politics. On hearing of his death, Sir Edmund Barton, Australia's first prime minister, said "I always found him to be a loyal colleague and a strictly upright public man". 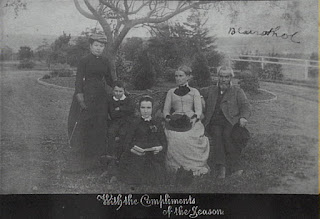