The Campbelltown Kangaroos rugby league club has played a significant part in the lives of many locals. They have been around since 1908 and continue to play in the Group 6 competition. To write a comprehensive history of this club would too much of an undertaking for this blog and considering a history was written in 2008. I thought I would share some of the more interesting facts and stories in point form, using various sources including the excellent centenary publication written by Narelle Cullen and Lorraine Harris. 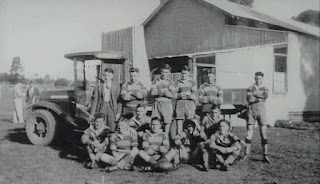