In August 1888 the Sisters of the Order of the Good Samaritan purchased land for a college. The college, to be known as St John's Preparatory College, "Westview", was situated on a hill to the east of Campbelltown. The sisters came to Campbelltown in 1887 where they took over the parish school and established St Patrick's school for girls and is the current Campbelltown Tourist Information Centre.

The building that was used for the college was thought to have been an existing building on land that was owned by John Kidd and included part of George Carr's grant. It was partly bordered by Aston and Bayle's farms. A newspaper article describing extensions made to Westview in 1954 identified the building as "Hillview", however there is no evidence to support this. George Carr is likely to be the convict listed in the Campbelltown Pioneer's Register who was a labourer at Airds and died in 1940. 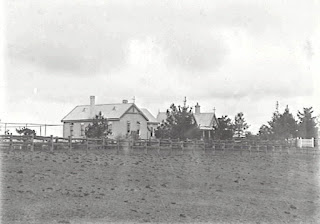 In an article written by Robert Parkinson in volume 11, issue number 4 of Grist Mills: the journal of the Campbelltown and Airds Historical Society, the author writes "It is not clear if the sisters actually erected the cottage and called it Westview although Sr Claudia has spoken of "the old homestead where we (the sisters) had our dining room".

The buildings were added to in the following years, although they were inadequate for the college's requirements. The sisters had to make do for too long and it was decided to build substantial additions which were officially opened in 1922. The college became known officially as St John's Preparatory College, Westview. It cost £5000 and much of it was funded by parishoners. In 1954 a ceremony marked the laying of the foundation stone for further extensions and they were opened by Bishop McCabe on 2 December 1956. 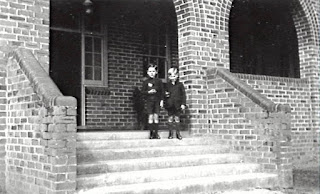 In 1969 St John's closed to be re-opened in 1970 as St Patrick's School for girls. This school had moved from the old St John's church in George Street.

I visited the school a few weeks ago and met one of the teachers and the school archivist. They showed me the excellent archives collection, including many objects and documents related to the school's history. I was also directed to the site of the original building that housed the college when the sisters moved there in 1888. The building was still standing in the 1940's but it is unclear when it was demolished. I hope to have an answer for this in the near future. 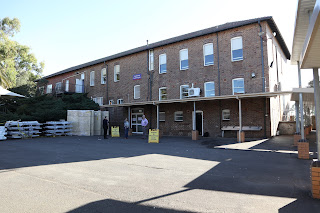