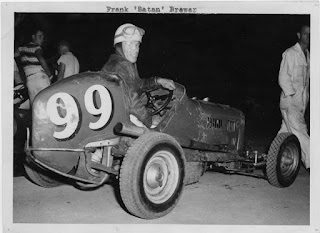 Frank "Satan" Brewer was one of the twentieth century's greatest midget drivers. Born in Christchurch, New Zealand in 1906, Frank began his racing career in an old Chevrolet sedan and later progressed to a Chev engined midget #72. The fans soon took to him and he was nicknamed "Satan" because he drove like the devil. That nickname stayed with him for the next 62 years.

Midget cars are a class of racing cars. The cars are very small with a very high power-to-weight ratio and typically use four cylinder engines. They originated in the USA in the 1930s.

After being enticed by a group of travelling American midget aces in New Zealand to try his luck in America, Frank packed his bags at the end of the 1939 season. He became famous and admired by the Americans as one of the toughest and most competitive drivers to have ever raced in the USA. He became a specialist in long distance races. Frank won the 150 lap US Midget GP in 1940 and 1941. Also in 1941 Frank was the 250 lap US National Midget Championship. He won over 30 races in the United States and became the Western States Champion in 1946.

He came to Australia in 1948. He drove a car called the Flame Car. Another car was blue and white and Frank won many championships in Australia in it. He won the NSW midget title in 1950-53 and 1954, the Australian midget title for the same years and the "World" title in 1949-50 and 1954. During his time in Australia he maintained a close involvement with the sport through his photography that saw his work often published in Australian speedway publications.

Whilst living in Australia, Frank resided at Campbelltown. He lived with his wife and three daughters at a house that was sometimes referred to as Brewer Cottage. This house stood at 31 Oxley Street. It was demolished in 1985 to make way for further widening of Moore-Oxley Bypass. The site is now a car park bordered by the bypass, Allman Street and Dumaresq Street. Frank ran a small welding business at the western end of Dumaresq Street during his time in Campbelltown. 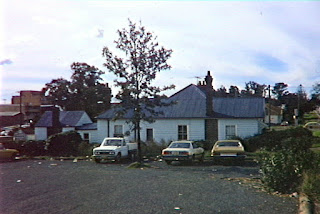 Hugely charismatic, Frank had a happy-go-lucky approach to life. He would claim that his life was governed by "The master (Frank), the Mercury (his street/tow car) and the midget (the fabulous V8/60). He was married to Margaret and had three daughters: Madaline, Maureen and Marilyn! In a video made late in their life, Margaret was told she must be proud of Frank to which she replied "He should be proud of me"!

Frank's achievements in his homeland of New Zealand should not be ignored either. He won three National Championships and was recognised as New Zealand's first professional driver. One New Zealand racing enthusiast wrote "The chance to watch "Satan" Brewer charge around the quarter-mile cinder track in a midget car was something else".

Frank visited Australia regularly, having developed a fondness for the country during his time here. He passed away in Phoenix, Arizona on June 8, 2001 aged 94. His love of Australia and the Macarthur area was evident when his funeral was held at St John's Anglican Church, Camden and his burial at Camden General Cemetery. 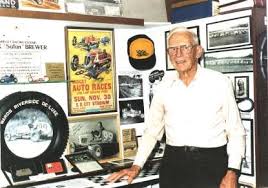 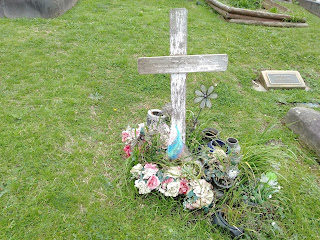