William Canon Stack was born in Ireland, eldest son of Rev. Edward Stack, a clergyman in the United Church of England and Ireland, and his wife Tempe Bagot. William was educated at Trinity College, Dublin, and was ordained in Ireland.


Reverend Canon William Stack and his wife emigrated to Australia, arriving on the 31st October 1837 on the ‘Andromache”, taking up an appointment on January 1st at West Maitland Anglican Church. He was then transferred to St Peter’s Campbelltown in about 1847, where he remained until June 1855, when he was transferred to Balmain. The Stack’s had 13 children.


William was described as having a manly character, earnest in the cause of religion, frank and genial manners, and universally beloved and respected. To all classes he was peculiarly courteous and gentle, yet remarkably firm and fearless where conscientious scruples had to be maintained. He was the first clergyman advanced to the dignity of the title Canon ‘by the suffrages of his brethren’. 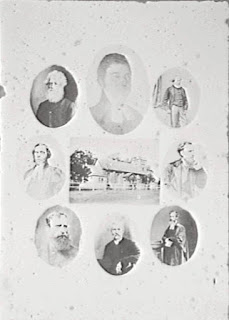 For 32 years he fulfilled the duties of his profession in New South Wales. He was constantly moving among his congregation, and visiting the poor and the afflicted. On Sunday June 11th, he preached on the words “I have glorified thee on Earth, I have finished the work which Thou gavest me to do.”. The following day, June 12th, he and Mrs Stack embarked on a trip to visit their son in Walgett, who had met with an accident that threatened to prove fatal. Early on the morning of Tuesday 13th, an accident occurred when the wheels of the coach in which they were travelling went into a rut, and the coachman was thrown from the coach. The horses took fright and bolted, and Mr Stack, in an endeavour to seize the reins, was also thrown off. The coach passed over him and crushed him beyond any surgical aid. At the Coroner’s Inquest held on 14th June, 1871 at Murrurrundi, a verdict was given of ‘died of injuries accidentally received’. His body was brought to Balmain for a funeral service, and then taken for burial at Campbelltown.


Tragedy came to the Stack family when their two infant daughters died. The church burial register recorded: Tempe Stack, 2 years 8 months died 1 June 1852 and Olivia Bagot Stack 4 years 4 months died 17 August 1852. A tablet in memory of the children was placed in the church on 20 December 1852, on petition of the churchwardens. The story passed down by parishioners is that the little girls drowned in the well beside the old parsonage, but, by the two different dates on the register, it was either two separate accidents or one of the babies must have lingered for several weeks. The parsonage, built slightly to the south of the present rectory, was built around 1840 and demolished around 1887. 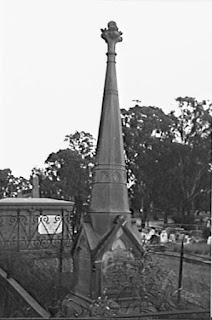