Campbelltown officially formed a Sister-City relationship with the Japanese city of Koshigaya in April 1984. A number of gifts were exchanged including a Daruma doll pictured below. 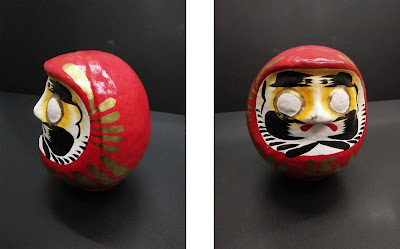 In Japan, the tradition is to paint one eye of the Daruma doll while praying for fertile crops, prosperity, good luck or fortune. If wishes are fulfilled the other eye will then, and only then, be painted.

The doll is inspired by the Buddhist monk, Daruma-Daishi who brang Zen Buddhism to Japan in the 5th century. Legend tells of him meditating for nine whole years and in so doing losing the use of his arms and legs. The Daruma dolls represents this steadfast determination. Many are weighted so that if it topples it will right itself. A good symbolic gift from our sister city. 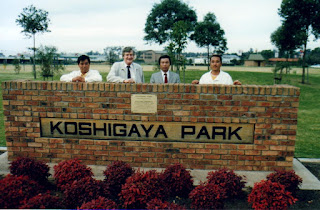 Mayor Bryce Regan (2nd from left) with guests from Koshigaya in April 1984, two years after the idea was first mooted in Tokyo. 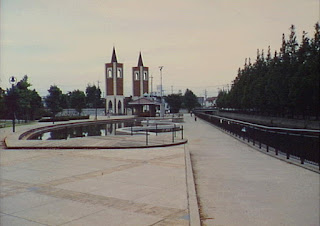