Campbelltown had to wait until 1956 before it got its first major industrial factory. Crompton Parkinson, an electrical equipment manufacturer, purchased the Blair Athol estate in July 1945, but postwar credit restrictions delayed its move to Campbelltown. This was much longer than the two years they were expecting to be in operation by. Already a major enterprise in Five Dock, the original factory had little room to expand. Campbelltown had been chosen because of its proximity by road to the raw material supplies at Port Kembla and the Sydney market. It was also cheaper land that wasn't hemmed in by an urban area. Despite an inadequate water supply or road access, the western side of the railway was eventually chosen to expand its production facilities. The company soon became the biggest employer in Campbelltown. 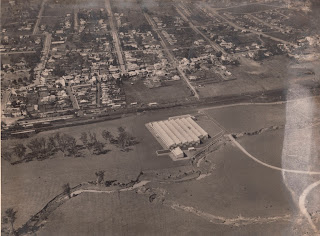 Crompton Parkinson's main production line consisted of hand-wound electric motors and electric pumps of very good reputation. The products were used in many places, ranging from the Blue Mountains' sky-way service to many backyard pools and ponds. Virtually every petrol bowser had the work of Crompton Parkinson employees within. 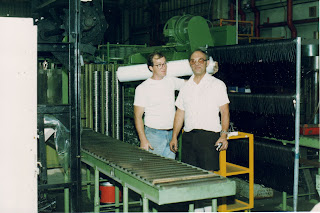 Two workers on the assembly line

An addition to the plant was built in 1978, which gave the facility an area of 155,000 square feet. By 1980, when it was at its peak, Crompton Parkinson employed 120 at its Campbelltown facility. In 1989 the company became Brook Crompton Betts as a result of a merger with Betts Electrical Motors. In the early 1990's new management saw the decision to close down the Campbelltown operation and move it to Revesby. After only six months this plant closed down too and the company moved overseas. 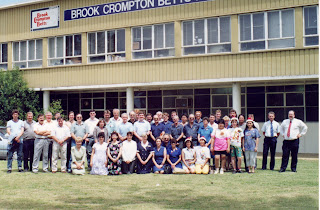 Crompton Parkinson started a move by a number of major industries to move to Campbelltown. These included clothing and table linen manufacturer Nile Industries who opened in 1960. It was followed by Harco Steel in 1968, Blue Strand Industries in 1969 and Bullmer's Strongbow Cider in 1970.