Mrs Alice Minut, (born Alice Penrose Hepher in 1926) owned and ran Carolyn's Frock Salon in Campbelltown for many years. In 1951, the frock shop trading under the name "Miami Fashions" was bought out, and became "Carolyn Fashions". Alice Minut was employed there for five pounds a week. She eventually bought the business, and the name "Carolyn's" stayed.
On one side of the shop was Alice's brother Jack Hepher's bicycle shop, and on the other, Mrs Fairburn's fruit shop where Alice's sister Nell worked. With a tiny seven foot frontage, and a tiny turnover to match, Alice would be buyer, sales lady, cleaner, and also do alterations when required. 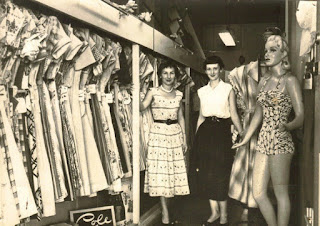 In about 1956 the shop moved to a new location, in the old Bagley's Newsagency building. The business grew, and so did the team. Carolyn's held fashion parades, entered floats in local parades, did fancy window displays for special occasions, and ensured that their clientele were offered up to the minute fashion choices. 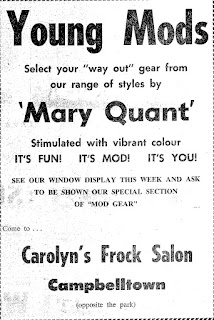 Through the sixties and seventies the iconic Carolyn's Frock Salon continued - does anyone know when it finally closed it's doors? Or have memories of shopping there? We would love to hear from you! 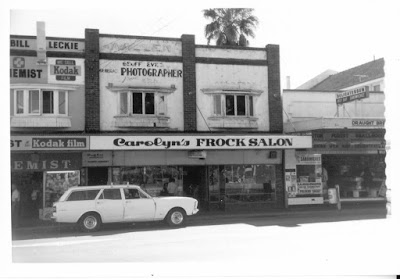