The One Armed Butcher 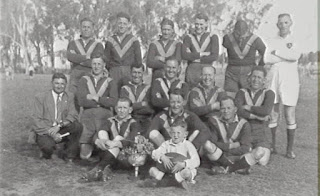 The man with his head down in the back row and second from the right in this 1947 photograph is Ted McPherson. Look closely and you can see he is missing his right arm! Ted McPherson was affectionately known as "the one armed butcher". His shop was located next to Lack's Hotel near the corner of Queen and Railway Street. Ted worked with Bill Coogan when it was known as Coogan's Butcher Shop and took it over on Coogan's death in 1962. It seems Ted moved to the Illawarra after leaving Campbelltown and died there in 1991. 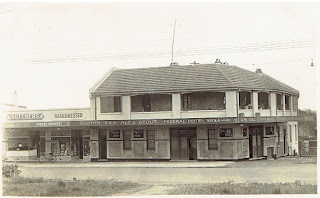 The butcher shop can be seen in the undated photograph above on the extreme left. Lack's Hotel is the large building on the right. (photo courtesy of Mick Murgatroyd)


Does anyone remember the one armed butcher? Perhaps you remember the butcher shop? I'd love to hear from anyone who does.