Peter Benson: Memories of a Long and Wonderful Life- Part 1 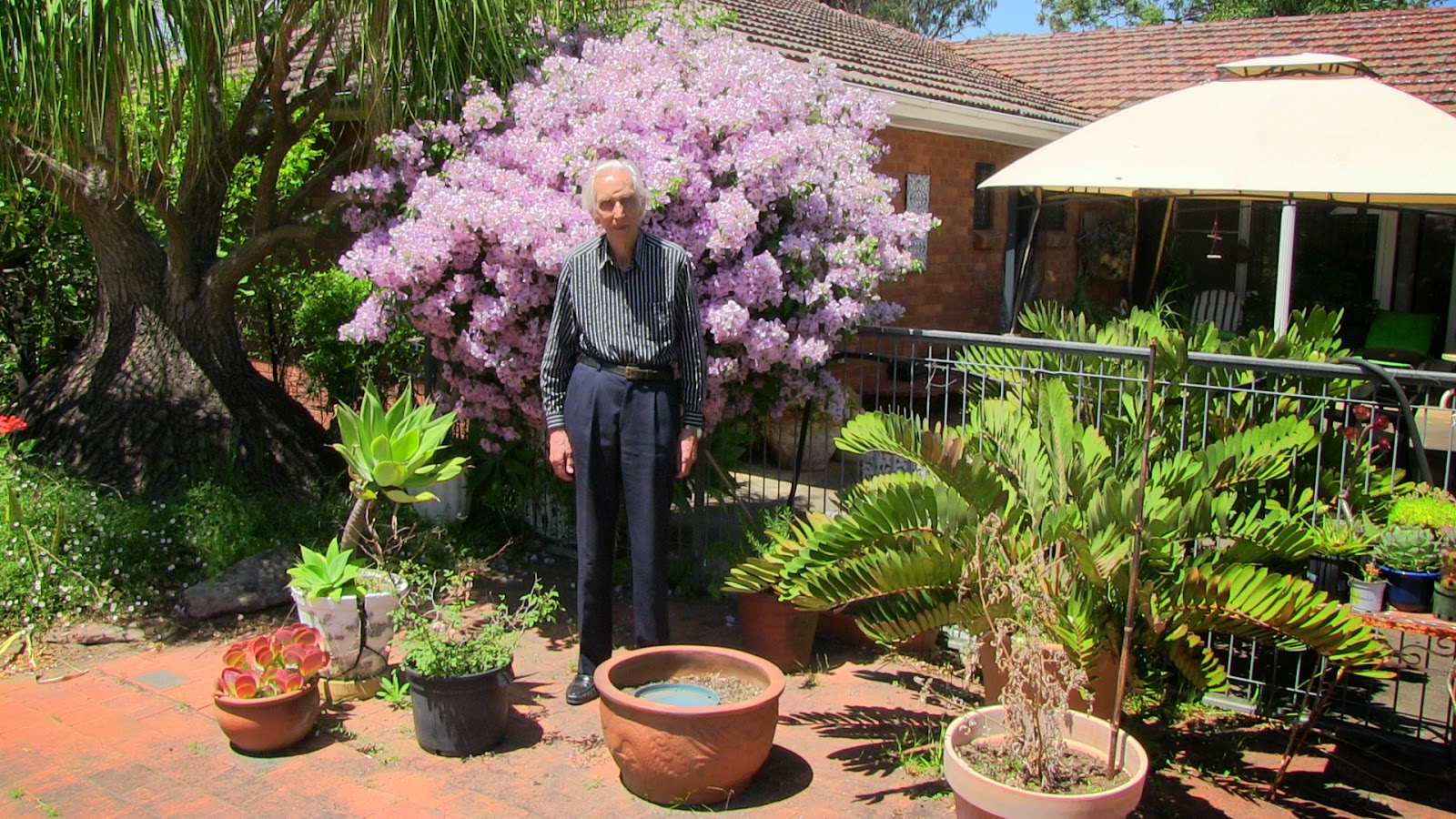 
The 29th of December last year marked the 90th birthday of one of Ingleburn's finest men. Peter Benson was born in Sackville Street, Ingleburn in 1924 and continues to live in the same street 90 years later. He has contributed so much to the community of Ingleburn and surrounding areas and is well known as a dentist ahead of his time, mainly through his use of hypnotherapy.

I interviewed Peter at his home last year and I thought I would share some of his fascinating stories with you. The first of this 2 part blog will look at some of his stories associated with growing up at Ingleburn. The next part will focus on his experiences as a dentist.

Peter's earliest memories are of grape vines growing all around his father's property at Ingleburn. His father grew table grapes for the table grapes market. He originally had a poultry farm there.

Peter remembered his school days with fondness. The young Benson boy walked 25 minutes through the bush to Ingleburn Primary School every day. It had 3 teachers for 100 pupils, all Anglo-Saxons until 3 Italian students arrived. This caused great interest for the students. One of them was Jimmy Simone who became a notable citizen and whom Peter became good friends with.

One of Peter's earliest memories was when he was 8 years old and he was visiting a neighbour who lived on a hill overlooking his house in Sackville Street. In the evening one of the ladies went outside to shake a tablecloth and said there was a huge fire. Everyone went out on the veranda to have a look and, to their horror, realised it was Peter's family's home "Bonny Brae" in flames. The family raced back in their 1924 Buick only to find nothing left. This was the place right next door to his present house where our interview was conducted. The Bensons had to rely on neighbours while their new house was being built. Their temporary home was a shed which caused much embarassment to young Peter.

He recalled how there wasn't one refrigerator in the district, not even in the shops. They had dry ice in canvas bags. The ice man used to come if you were wealthy enough to own an ice chest and you could buy ice. The children used to hang around his truck and get chips as they broke off. It was a big deal in those days.

Peter left Ingleburn Primary to go to Hurlstone Agricultural College. He would take the steam train. To supplement the steam trains they had a diesel or electric train called "Farting Fanny". It was a very small train that would service between the steam trains. Later, when he attended university in the city, he would take a train called the "Big 6". It would leave Central at 5.22pm and its first stop would be Ingleburn arriving at 1 minute to 6. According to Peter if you missed this one you were in big trouble!

Another early memory from his childhood was watching the Sydney Harbour Bridge being built. From the top of Eagleview Road he was able to watch the 2 spans of the bridge come together. As a young boy he found this interesting and fascinating. He described how unpopular Jack Lang, the Premier of the day, was and the uproar when Francis De Groot cut the ribbon before Lang could officially open the bridge.

Check out my next post on Peter's adulthood and in particular his time as a dentist using the breakthrough method of hypnotherapy. The story of him hypnotising a former Campbelltown mayor is a must read!
Posted by Andrew Allen at 18:38