Fred Sheather was born at Mittagong (some sources claim Berrima) on July 9, 1875. He was the second son of Charles and Elizabeth Sheather. Fred came to Campbelltown in 1896 and joined the staff of the Campbelltown Herald managed by Joseph McGlynn. His long and dedicated service to the Campbelltown community began immediately upon his arrival. From 1896 to 1900 he was the secretary of the local Picnic Racing Club.

Fred married Ruth Pett in 1901 at St Peters Anglican Church and they produced 6 children: 3 boys and 3 girls. Ruth and Fred were to form a long and loving marriage until Ruth died in 1952.

That same year Fred began his role of Town Clerk for council, replacing Alexander Munro. He was most successful in that role. In 1921 to mark 20 years in that position, a function was put on by prominent people of the town. Former mayor Fred Moore made a speech and praised Sheather for making Campbelltown's rates the lowest in New South Wales at that time. Dr William Mawson also heaped praise on Fred and wished him 20 more years in that position (he would serve 21 more!).

In 1927 Fred decided to retire as Town Clerk. In 1929 his replacement left and Fred was coaxed into coming out of retirement. He continued to serve until 1944.

Those who remember him today talk about his friendly nature. He would sit on the verandah of his house in Railway Street and give a cheery hello to passers by.

Fred Sheather died in 1953. Sheather Place in Campbelltown is named after him. 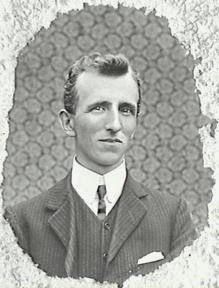