Farmland Before The Urban Sprawl

Last week Campbelltown Library was generously given access to a large number of photographs from the collection of Peter and Marie Thomson. The Thomsons lived on the St Andrews property in the suburb of the same name. The homestead and its outbuildings located in Shiel Place are likely to be the oldest constructions in the Campbelltown Local Government Area. They possibly date from as early as 1810.

Most of the photographs from the collection are aerial shots taken by Marie as Peter flew his aircraft. They are of the land surrounding St Andrews farm and show Campbelltown, Raby and St Andrews Roads in the early 1960s. There are also aerial shots of Minto and Campbelltown from the same period. It's amazing to see how much has changed in the photographs in such a short time and compared with today's same scene.

I have chosen two photographs from the collection to show. Both scenes are virtually unrecognisable today. 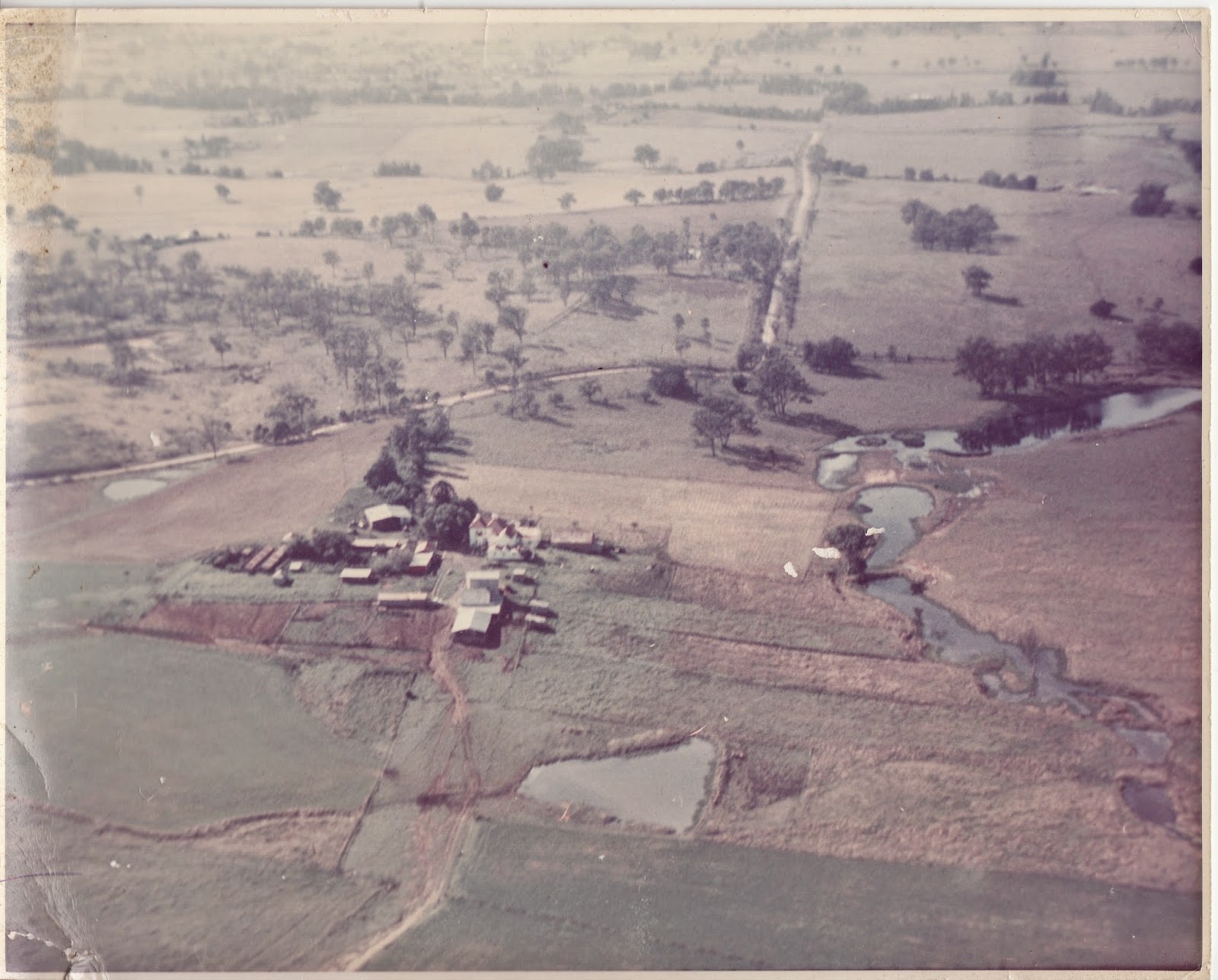 This aerial photograph taken in the early 1960s is of Eschol Park House and its surrounding buildings. The road that runs behind the buildings and across the photo is Raby Road. Where the road changes to run in a straight direction is about where the large roundabout that leads to Eagle Vale Drive is today. The dams and creek have disappeared and are now where the Eschol Park Sports Complex is. The Eagle Vale Shopping Centre would be behind the last dam on the right of the photograph in the middle. (click on the image for a larger version) 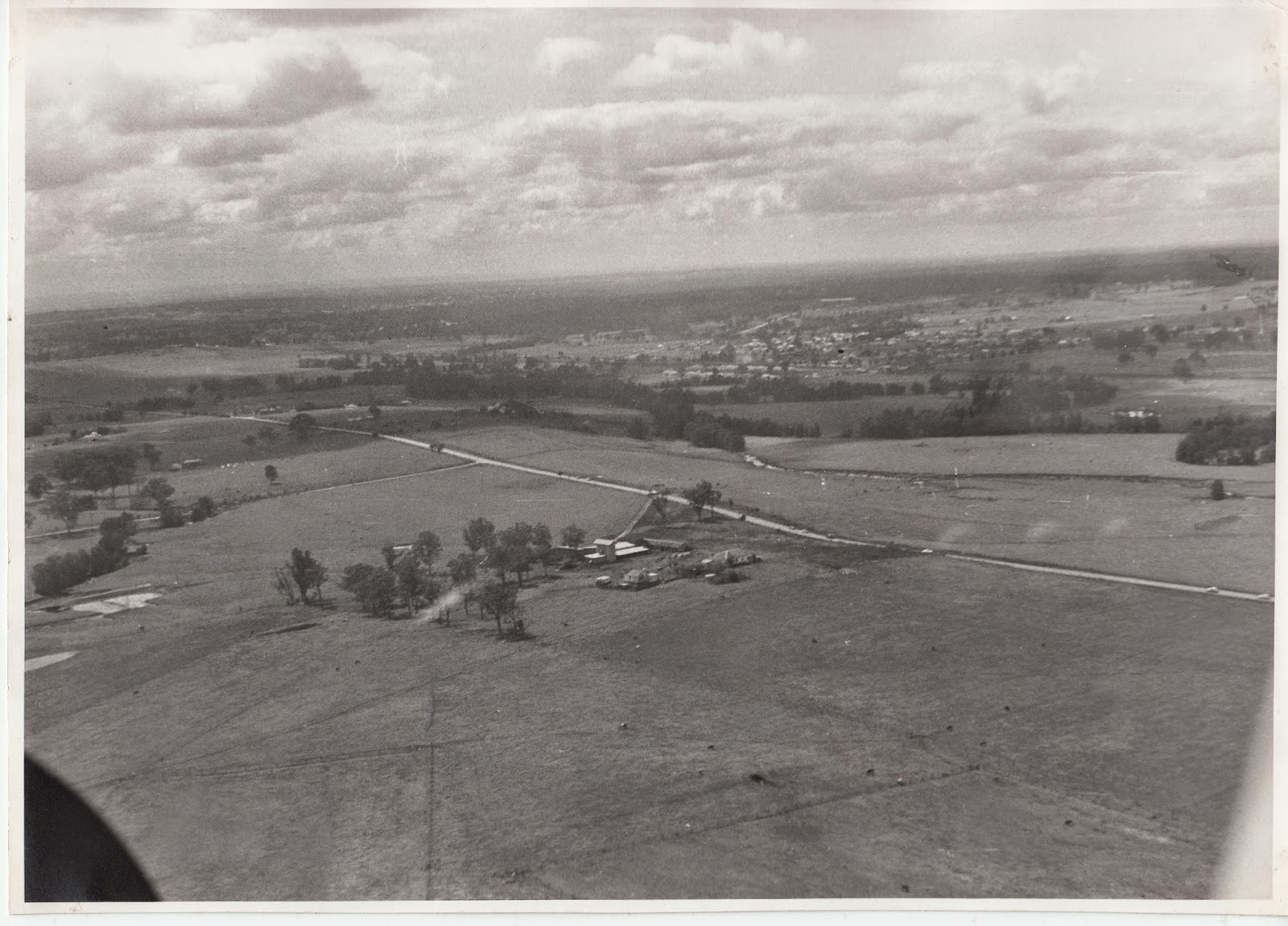 This aerial photograph above is of Hannaford's Farm on Campbelltown Road. To get an idea of where this is, you can just make out the turnoff to the left that is Raby Road just after the house. The sight of Hannaford's Farm and house is now developed with housing in the suburb of St Andrews. In the background is Minto. The photograph was taken in 1960. (click on the image for a larger version)
Posted by Andrew Allen at 15:55