Dairying and its related services was the largest employer in the Campbelltown district during the 1900s. By 1939 Campbelltown district was sending 16 000 gallons (72 800 L) of milk each week to the city. There were three main trains direct to Sydney. One of these was the Milk Pot which collected milk from Menangle to Ingleburn and delivered it to Sydney.


In 1922 a new milk depot was proposed for Campbelltown Railway Station. There were about 68 dairies in the district and 45 of these dairies were interested in taking shares in a cooperative factory on the western side of town in Badgally Road (then called Broughton Road). Built at a cost of 6000 pounds, the milk depot was a branch of the Camden Vale Milk Company and opened in mid-1923.


In 1920 the Macarthur family set up the Camden Vale Milk Company and built a milk processing plant in Camden at the eastern end of the main street adjacent to the rail line. Whole milk was railed to Darling Harbour and bottled under its own label until 1926. Between 1920 and 1922 Camden Vale Milk, which became a co-operative in 1921, had 162 milk suppliers and 289 cream suppliers. Milk was delivered to the factory on a daily basis by horse and cart, even up to the 1940s.


Within a year of the Broughton Road factory opening at Campbelltown Railway Station  the district was railing 13 000 gallons (59 150 L) of milk per week to Sydney. In 1924, 220 000 gallons (over 1 million L) were delivered within six months.


Early mornings and long days were a typical day on a dairy farm, workers beginning their days at around 2am, not finishing until 6pm and often in bed by 8pm to be up again for the next day. Many men were given lodging and meals whilst working on the farm. Women folk were kept very busy cooking three meals a day often for 10 or more people.


Workers say that having a social life was difficult due to the early start and long hours. Some say if they did wish to go out on a Saturday night, usually to a dance or the movies, they would have missed going to bed at all. 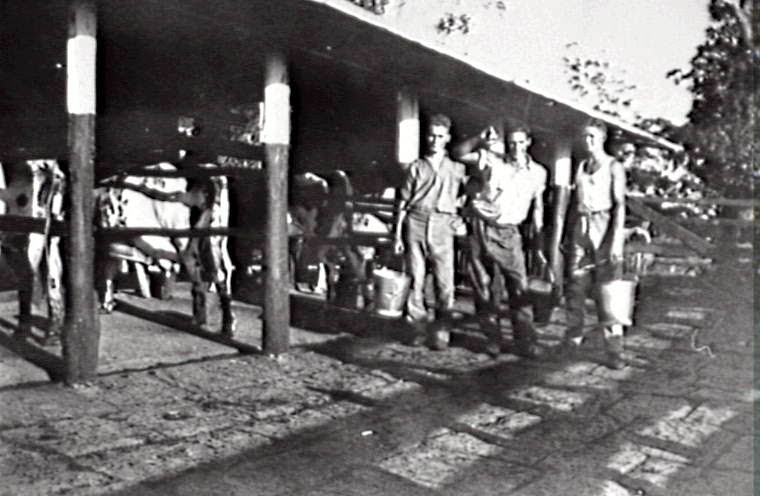