We recently discovered a copy of the Macarthur Misleader in our collection of newspapers in local studies. This newspaper from the mid-1960s was published by the Apex Club of Camden to raise money for local charity and the community. Its other purpose was to generally amuse readers with various nonsense articles and funny photographs.

Only three or four editions were produced. The issue we have in the library is the second edition and was published just before Christmas 1965. One such amusing article concerned Elizabeth Macarthur Drive in Camden. It announced that the road was to be taken over by the National Trust "to preserve the unique Australian potholes that exist in this wonderful, rugged stretch of road". 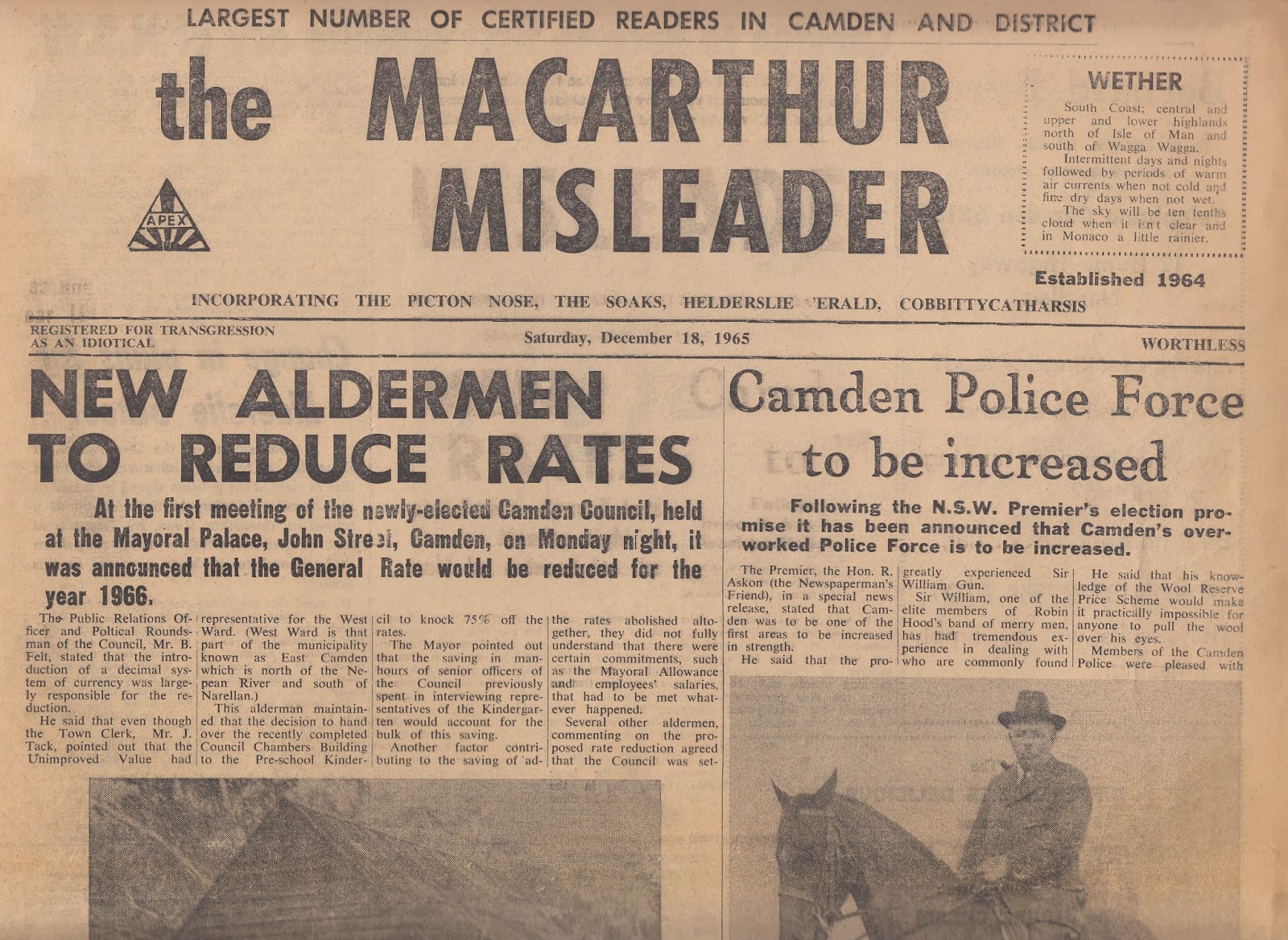