In 1935 The Committee of the Royal Shipwreck Relief and Humane Society awarded its certificate of merit to a young Campbelltown lad by the name of Jack Hadden. The award was for endeavouring to rescue Betty Humphries from drowning at Campbelltown on January 31.

According to the Campbelltown News 16 year old Betty had been suffering from a nervous breakdown and, although she appeared to be recovering, managed to escape her mother's watchful eye one morning and ran to the cattle tank dam in Allman Street. Young Jack, a Boy Scout, just learning to swim, was also at the dam that morning. He saw her jump in and immediately swam after her. He managed to drag her to the stone wall. However, after again slipping back under the polluted water Jack couldn't hold off her struggles the second time and she once again disappeared under the water.

Eventually Betty was found by the son of a local constable but after an hour and a half of resuscitation, the rescuers failed to revive her. Jack Hadden received much praise from the community, the press and the scouting association. In fact the scoutmaster was so impressed by Jack's heroism he decided to have an award made to him. The coroner too in his report made special mention of Jack Hadden's efforts. He called him a very game little boy. 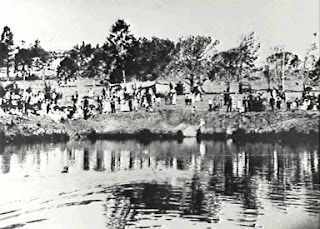 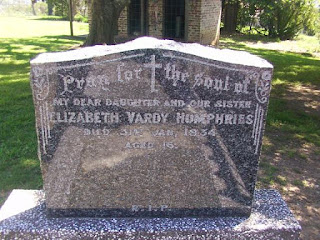