Whatever Happened to Steven Roach?

Steve Roach was a remarkably gifted artist and teacher. His talent saw him commissioned to create many works, mainly focusing on drawing historical buildings in the local area and further a field. He supplemented his business by selling his works in shops throughout the region and teaching art to his students in a studio in his home. He took part every year in the Fisher's Ghost Art Festival.

In November 1993 Steve Roach vanished without a trace despite an intense police search for him. He was last seen on November 9 leaving his cottage and was seen in the Ingleburn shopping centre. He drove there in his 1980 Datsun which was also never located. Steve was suffering from Alzheimer's disease at the time of his disappearance and was believed to be worried about becoming a burden to people. The mystery of his disappearance remains unsolved.

Some time after his disappearance Campbelltown Library acquired the working papers, photos and associated ephemera of Steven Roach. Included in the collection is material related to his time as a Sergeant in Morotai and Dutch Borneo during the Second World War as well as drawings and paintings of local buildings. 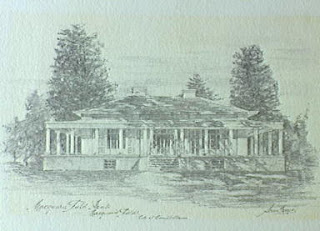