50 years ago today, this story from the Campbelltown-Ingleburn News:

An Ingleburn man was convicted at Campbelltown Courthouse and fined for negligent driving. Proceeding along Atchison Road, Macquarie Fields the driver decided to overtake the car ahead.
Unfortunately, in doing so he forced a police car, approaching from the opposite direction, to brake suddenly and swerve completely off the road to avoid collision.
According to the accused, he took the course of action because the car in front had braked suddenly.

The incident was dramatic to imagine but I wondered too about the fine payment without the convenience of eftpos. Back then there were no $100 dollar notes. And in 1970 there were no fifties either! After decimalisation, $50's were only deemed warranted after enough inflation had come to pass and weren't introduced until 1973. The only suitable choices after $20's, if he were flush enough, were these Campbelltown related notes. 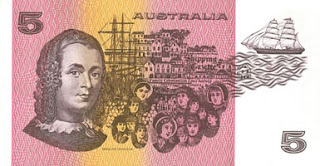 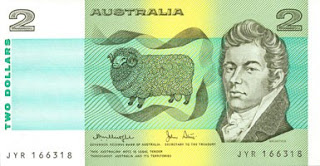 Or perhaps he wrote them a cheque...whatever they might be.