Some years ago I wrote a post about the history of Leppington House. This early building, situated in the north west corner of the Campbelltown Local Government Area, was built by William Cordeaux and was lived in as early as 1823.

Last Monday I visited the site of Leppington House where an archaeological survey is being carried out by Eco Logical Australia Pty Ltd. I met with the Principal Heritage Consultant Karyn McLeod who explained the background of the project, what has been discovered and what plans there are for the site. The visit was most interesting and I learnt much, including some previous misconceptions about the history of Leppington House.

Apart from the Cordeaux occupation, the building was used primarily as a dairy farm and cattle grazing throughout its history. Another misconception was that a carriageway was constructed from Camden Valley Way to the property. No evidence could be found of this. Also, there was no archaeological evidence of a fire destroying the house. It had almost certainly been demolished some time after 1956, almost certainly after a period of being unoccupied. Aerial photographs will be checked in the near future which will hopefully provide a more accurate date of demolition.

The house is a double storey central core with two single storey wings, while it was likely to have been a comfortable family home it is definitely not a grand gentleman's villa. The building was constructed of brick and not stone as previously suggested.

The excavation so far has not unearthed a lot of artefacts. Some of what has been found, I have photographed below. These include coins, glass and building materials.

The Leppington House Park is located within the Willowdale development area, Leppington. The study area proposes to conserve and feature the archaeological remains within a publicly accessible park. 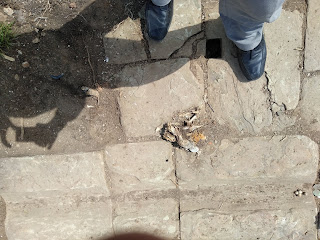 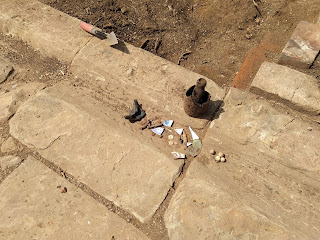 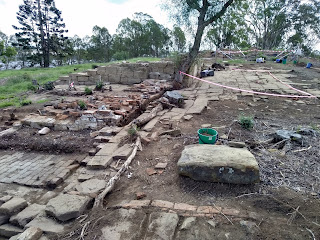 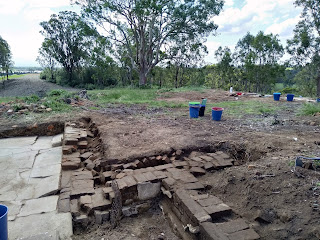