Ronald Winton was born in Campbelltown in 1913. He was the youngest of three boys to Bob and Lily who owned a shop in Railway Street. As a boy he was nicknamed Johnny Head-In-Air by his brothers after a character in a comic picture book.

Ron was born with a congenital deformity of the foot, making walking for him as a child very difficult. After surgery to straighten the foot at the age of three or four, he could walk reasonably well, but not jump, run, hop and play games naturally easy like his mates. One thing Ron turned to was reading. He grew to love the small library that was once at the back of the old town hall in Queen Street. The library was run by Ted Bamford with the assistance of Mr Gamble. In his autobiography titled 'Johnny Head-In-Air', Ron wrote how the library seemed to receive little attention from the council or citizens and as a result, most of its books were old-fashioned and outdated in style and content. Still, he derived much pleasure from reading them.

Ron grew particularly fond of William Shakespeare's works. He developed a fascination for anything the bard wrote, regularly borrowing numerous old-fashioned volumes and lugging them home to Railway Street- deformed foot and all. His love of all things Shakespeare continued for the rest of his life. Similarly, his affection for the small musty library and Ted Bamford's kindness towards him also stayed with him for the rest of his days.

Ron Winton became a qualified doctor and served in the Second World War. He was awarded an OAM in 1997 and in 1977 was awarded the Gold Medal of the Federal Council of the Australian Medical Association. After leaving Campbelltown early in his life and going on to achieve many notable achievements, Ron never forgot Campbelltown and that tiny old library at the back of the old town hall. He died in 2004 aged 90. 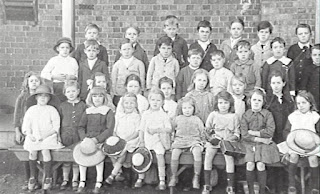 Ron Winton is standing second from the left in the third row. (King Collection) 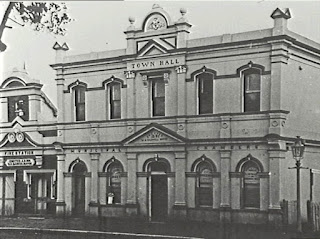 The small library was located where the window on the far right is. You can just make out the word library on the window. This was taken in 1892.