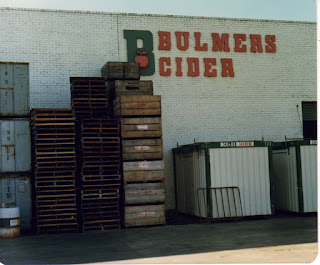 With the increase in Campbelltown's population beginning in the 1950s, industry became important to the town. People needed somewhere to work. Crompton Parkinson and Nile Industries were established early. Another significant company named Bulmer Australia was to set up a plant in Campbelltown in 1969.

The plant cost 1.5 million dollars when it was erected on Badgally Road that year and a further one million dollars in machinery completed the operation. In 1972 Bulmer's bottling plant was opened. This meant that the entire process of making cider "from the apple to the bottle" would be carried out in Campbelltown. The cider was formerly transported in bulk to a bottling plant near Sydney. The cider produced at Campbelltown supplied 90% of the use in NSW in 1972.

The company would make a strange brew called 'scrumpy'. It had the most alcoholic content at 8.5% and was one of Bulmer's principal lines. They also made Strongbow, Sweet Strongbow and the non-alcoholic Apple Cyder (with a Y). The name of the vats where the cider was fermented were called Brisbane and Wattle. A Bulmer tank was either named after a capital city or a native Australian wildflower. 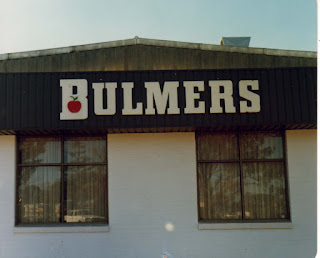 The company made significant extensions to the Badgally Road factory in 1982. Bulmer's were having trouble keeping up the demand for cider around this time and business was booming. The factory was also great for local employment. It had also broken new ground by selling to Japan.