More Then and Nows

Three out of the four comparisons below were taken around the area where Dumaresq Street intersects with Queen Street in Campbelltown. The other one is taken from Hollylea Road in Leumeah. 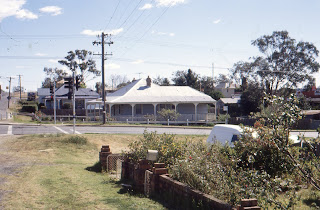 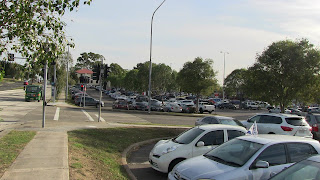 Corner of Moore-Oxley Bypass and Dumaresq Street. The above image of Tripp's Cottage was taken in the early 1980s. Today's car park below has obliterated virtually everything from the photo above. 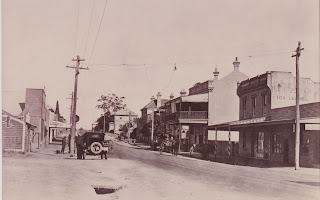 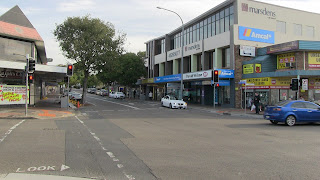 Almost 100 years later this scene is so different. This was taken at the corner of Dumaresq and Queen Streets. Behind the trees is the Old CBC Bank that can just be seen in the above image. 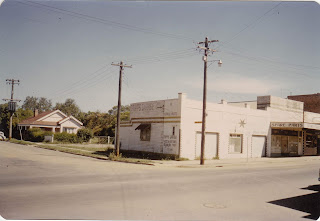 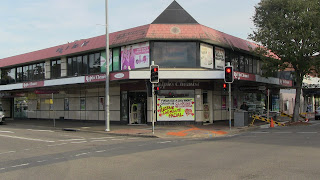 The iconic Tripps Garage can be seen in the above image shortly before it was demolished around 1966. Behind it is the house where the family lived. Below is the same site today with Ralph's Chemist on the corner. 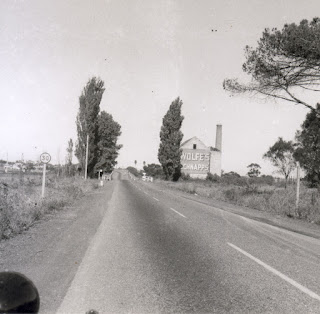 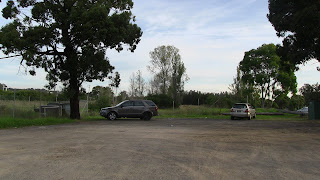 Much has altered since the above shot was taken, probably in the 1950s or early sixties. This part of what was then Campbelltown Road is now Hollylea Road. The old road now ends here. The site of Keighran's Mill would have been on the extreme right of the photograph. Not far behind the cars is the creek that can be seen in the old photograph.
Posted by Andrew Allen at 11:55