Jack Crawford was a famous Australian tennis player from the 1930s. He is perhaps remembered best for almost winning the grand slam in 1933. He lost the US Open, the last slam for the year, after tiring in his match against Englishman Fred Perry, which he led by two sets to one. He was inducted into the International Tennis Hall of Fame in 1979 and the Australian Tennis Hall of Fame in 1997. Jack was known to have taken a shot of whiskey between sets if the game was tense. He was Queen Mary's favourite player. 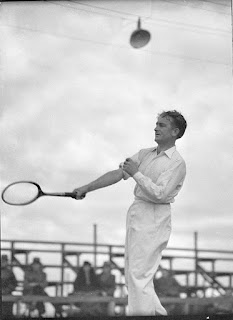 
Jack Crawford had connections to Ingleburn. His wife Marjorie Cox, also a tennis player and a State representative, came from Ingleburn. After his heroics in 1933, Jack and Marjorie returned to Australia and, needing time for relaxation after an exhausting schedule, spent some time at Ingleburn with her parents to recover. In early November the following year, Jack played in an exhibition match at the newly opened Ingleburn tennis courts in Memorial Park.

Jack Crawford died on 10 September 1991 and is buried with Marjorie at Denham Court Cemetery. 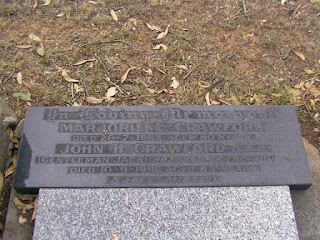