One warm spring day in 1961 two local boys were doubling on a bicycle coming down Bradbury Avenue. They turned into Lindesay Street and made their way towards Allman Street. The boys were chasing leaflets that were dropped over the town from an aeroplane. The leaflet drop was part of a promotion by the Campbelltown Chamber of Commerce to encourage people from the town to shop in Campbelltown before thinking about going outside the town to shop. The leaflets were numbered and shops were giving gifts to customers if their number matched those within the store.

On approaching Allman Street the boys, Douglas Perryman and William Dowser, became distracted by the leaflet drop and didn't notice a car coming into the intersection. This was when Lindesay and Allman Streets were unsealed and before a stop sign had been erected at the intersection. Both boys suffered severe head injuries. Douglas died instantly and William a few hours later.

This week I interviewed 96 year old Elsie Evans at her home in Lindesay Street. Elsie lives in the same house that she was living in on the day of the accident. She heard the accident and ran out to give help to the boys. Elsie was a trained nurse and sat in the back of the ambulance with the boys on its way to hospital at Camden. She told me "Hank (the ambulance driver) told me you could get in the back. These days look at all the equipment they've got but back then we had nothing". The boys' families were found and taken directly to Camden unaware of the condition of either boy.

The tragedy not only forced Council to erect a stop sign at the intersection but it also changed the attitudes of parents towards their children owning and riding bicycles. Sadly the 'Spring Shopping Fiesta', as the day was known, will always be remembered for one of the town's most devastating tragedies. 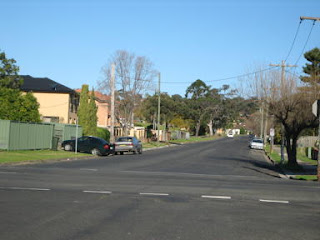 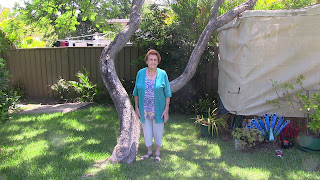